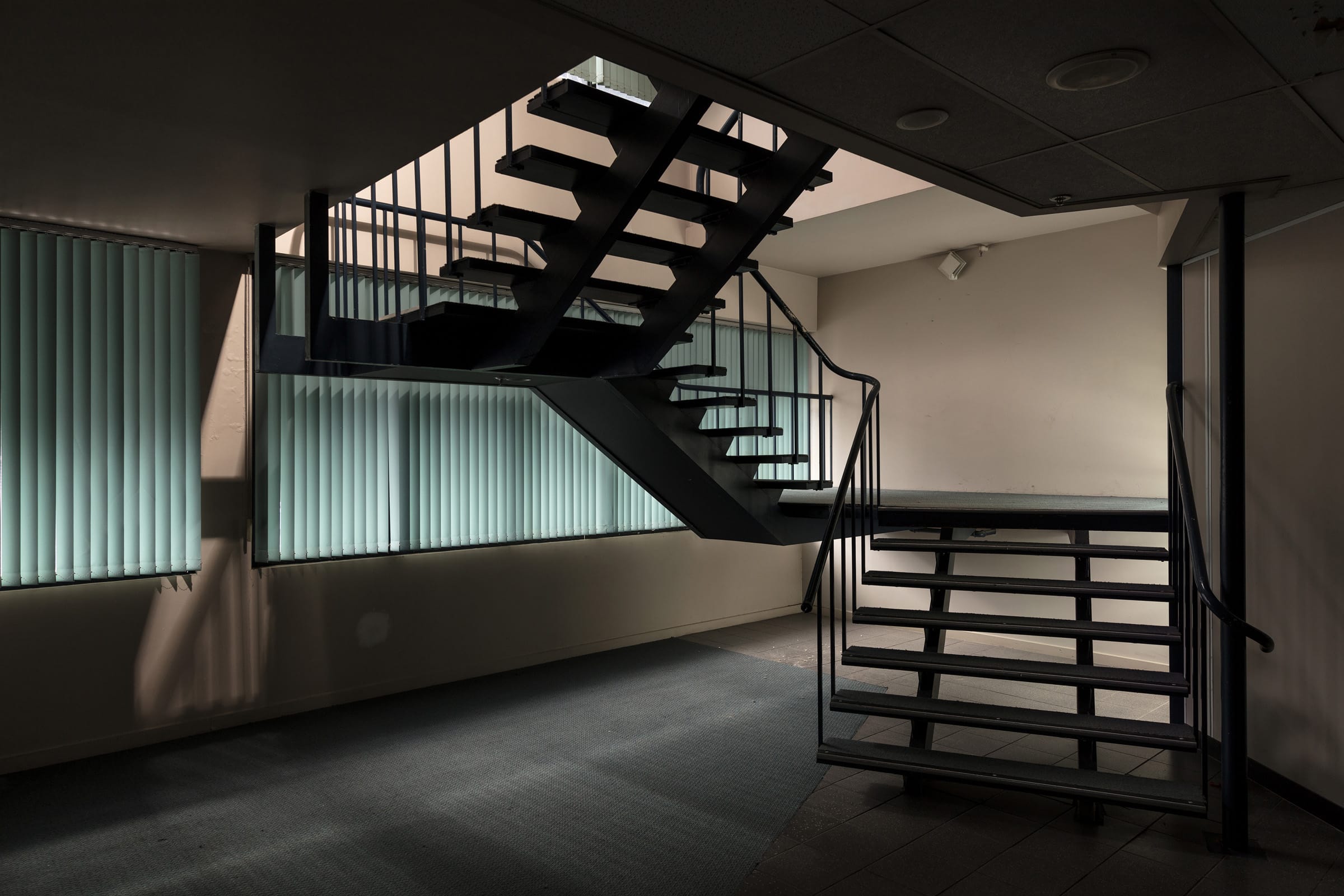 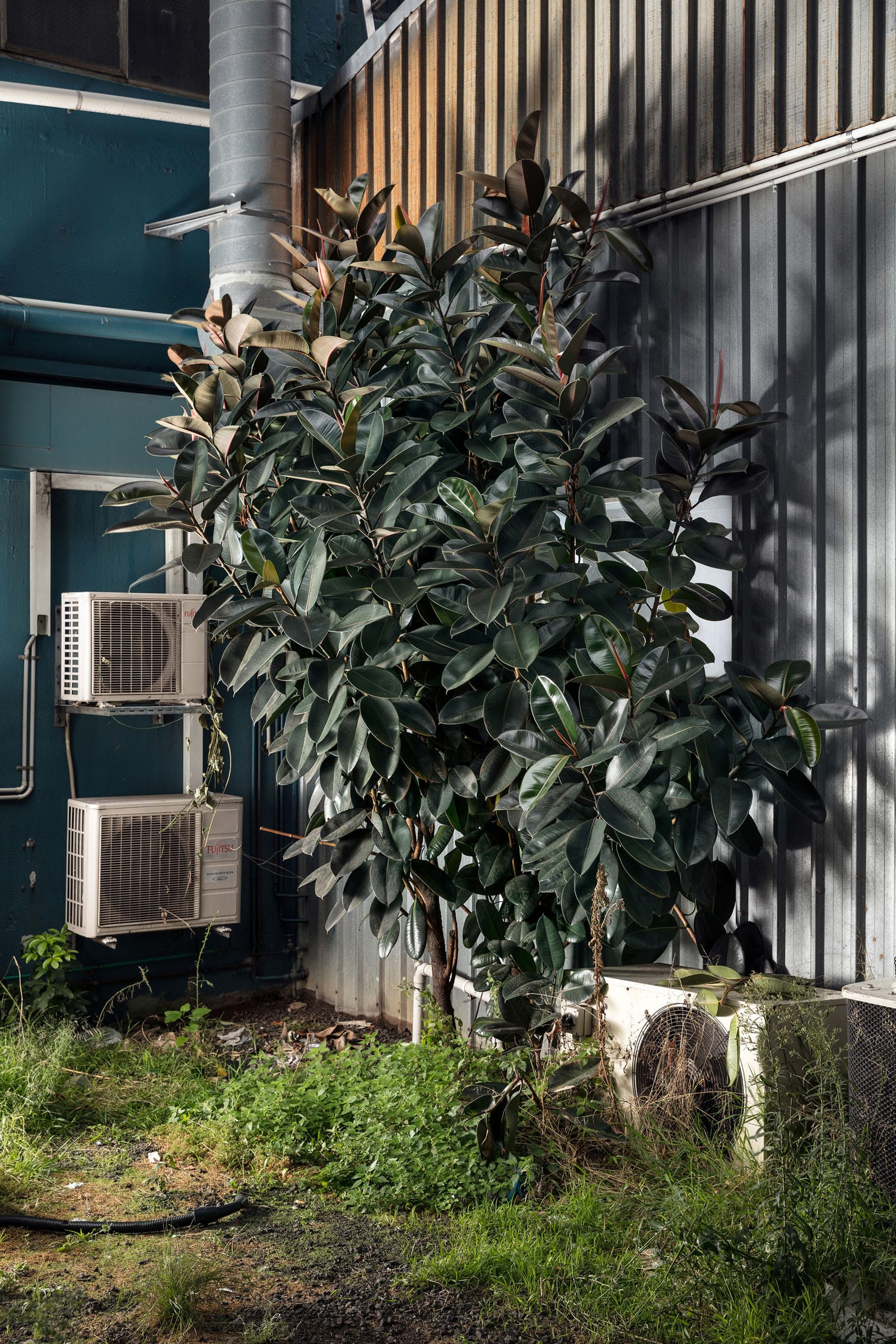 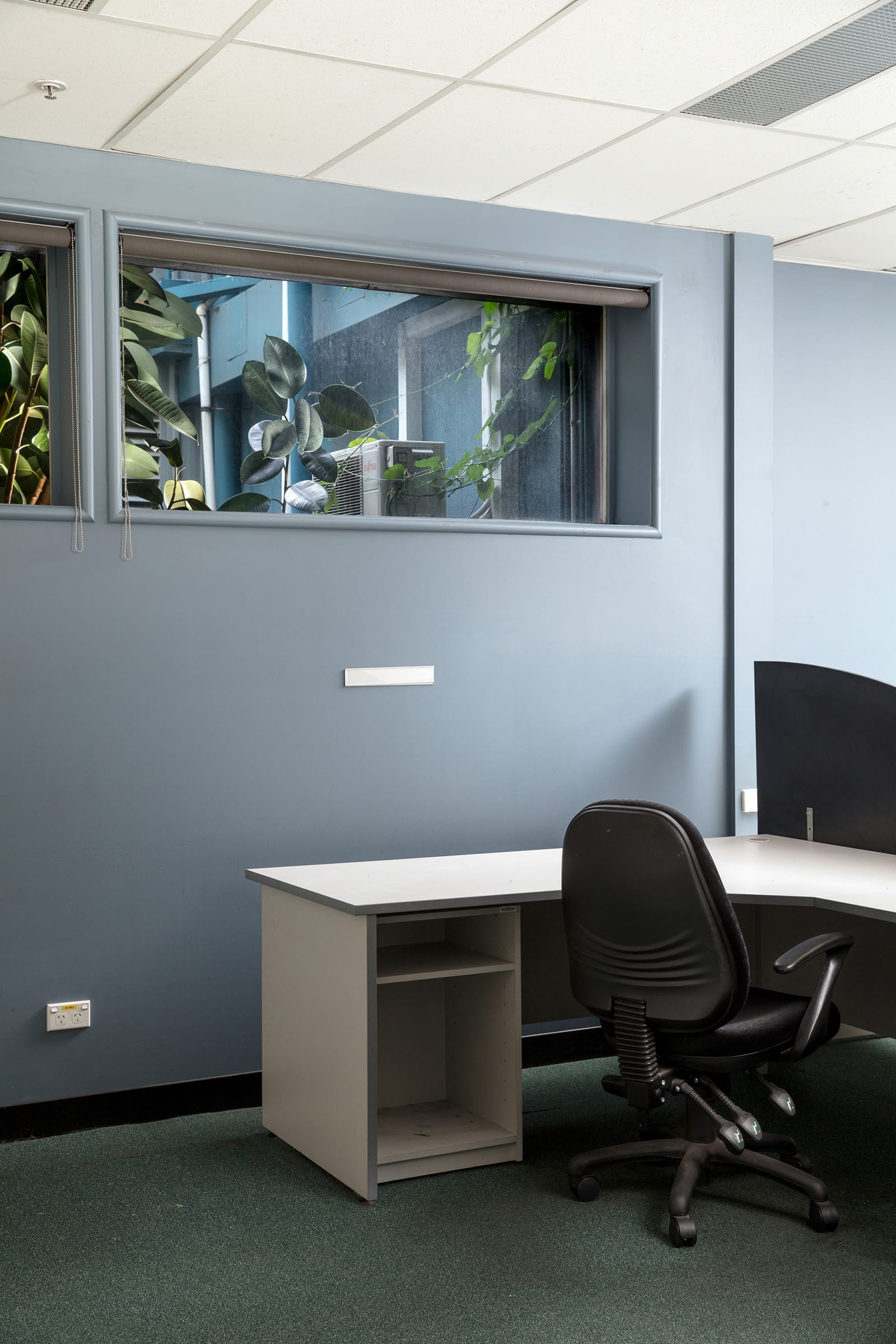 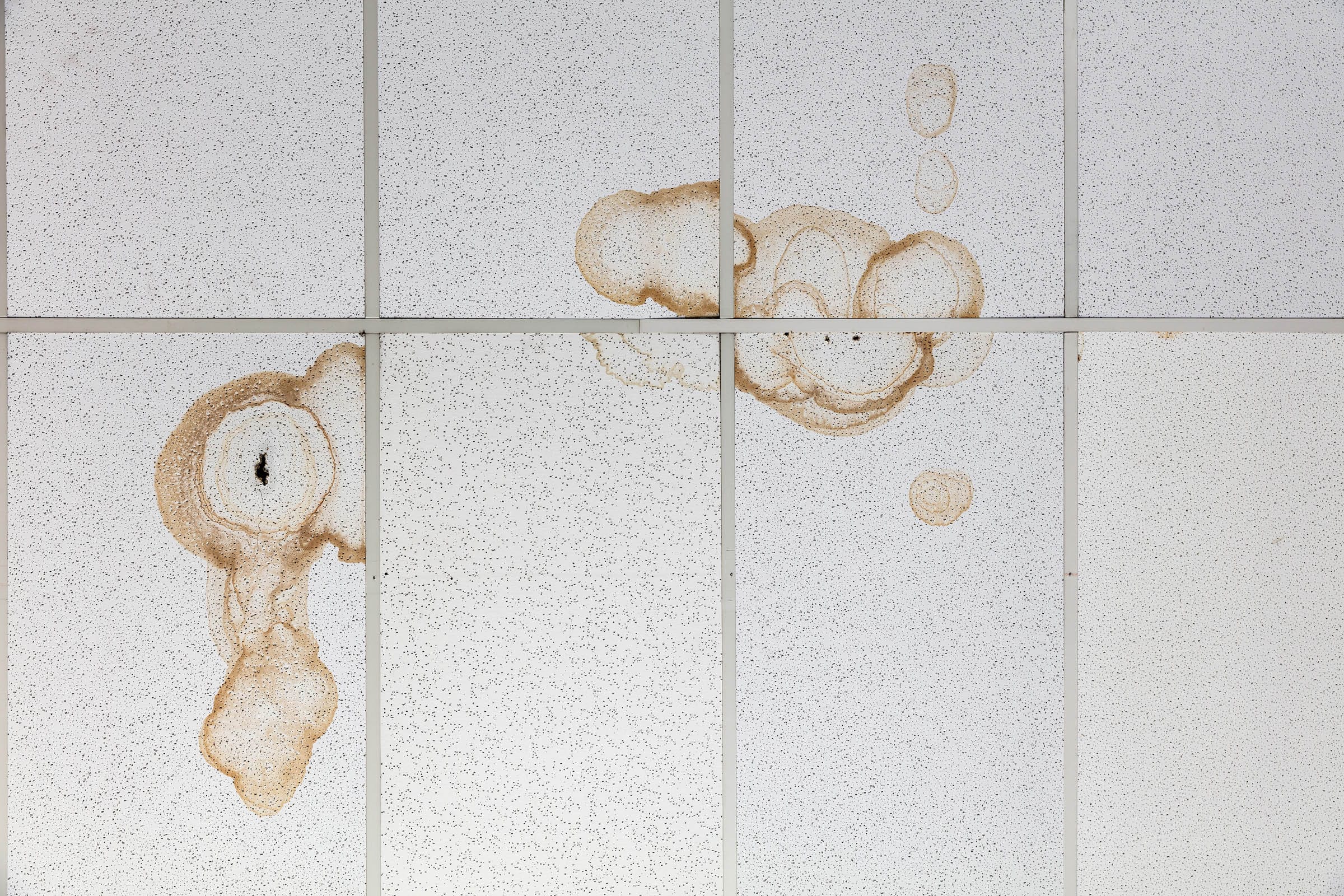 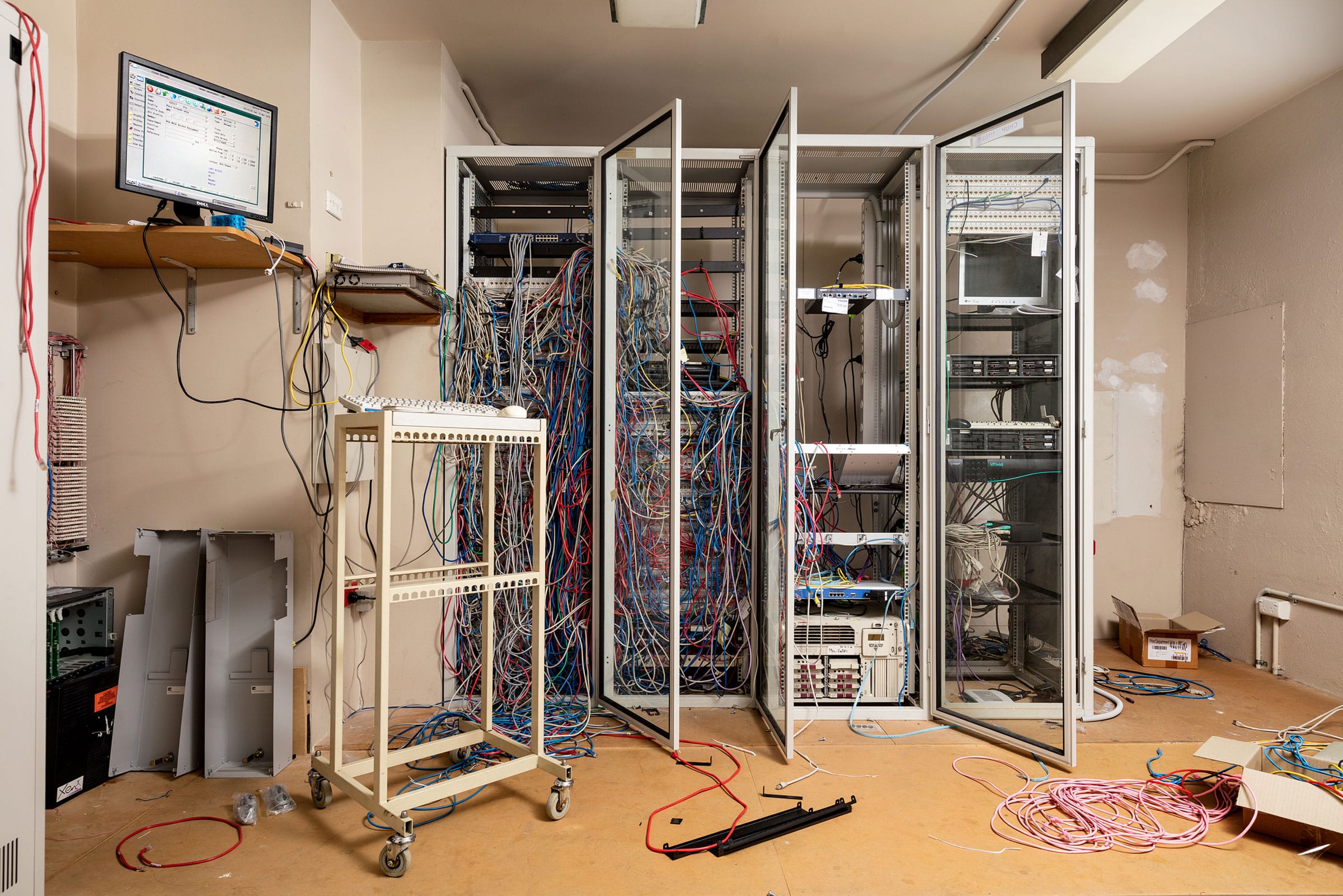 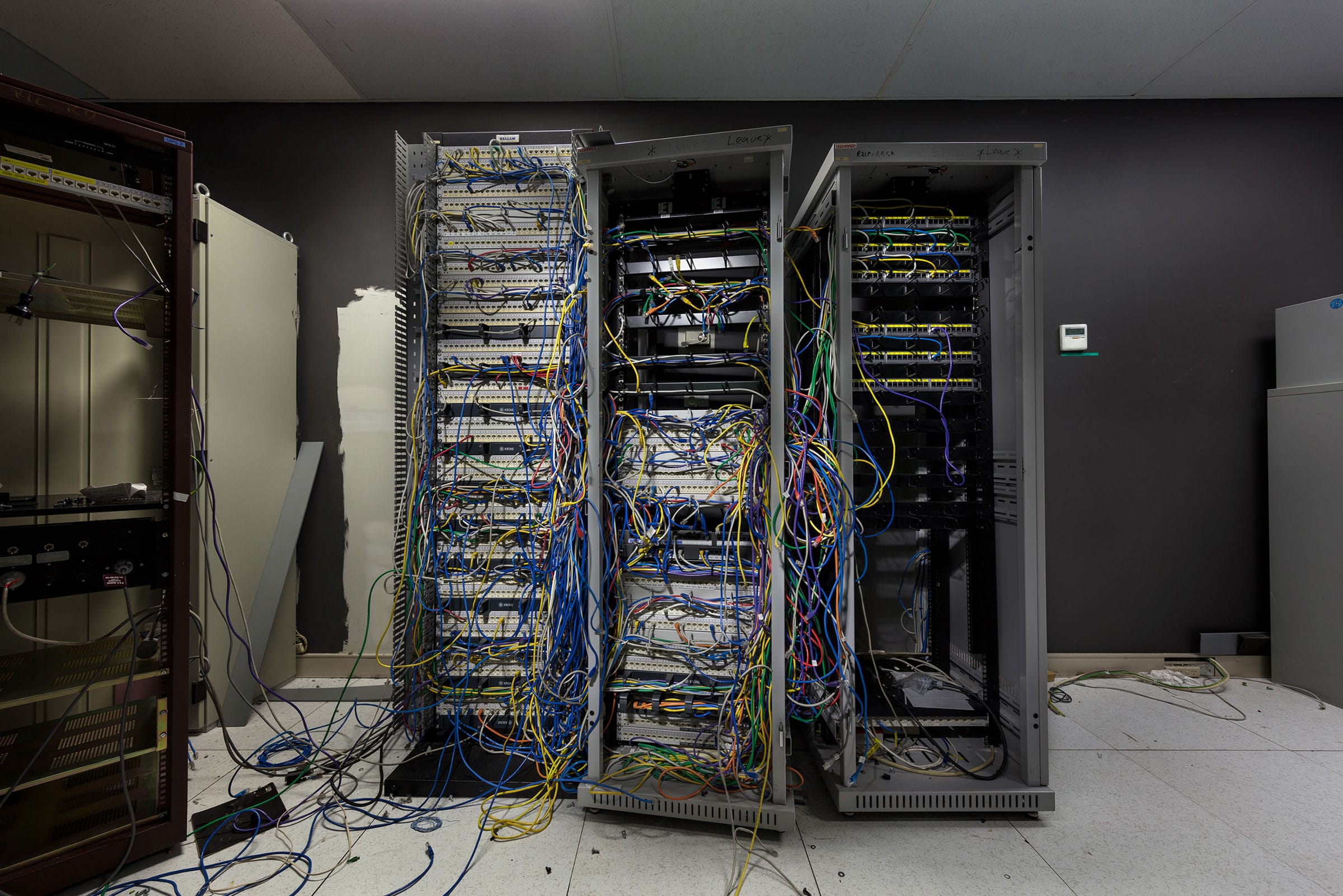 The air conditioning is still running. Nothing else is. It’s unsettling. Office Works is a series of images and videos made in the decommissioned headquarters of a major corporation. In this Sutton Projects exhibition, in a selection taken from the wider series, Andrew Curtis focuses on the building’s breathing apparatus. In a crisp black-and-white video, foil-covered ducts throb erratically; diaphragms sigh as they expand and contract. Innards, guts, lungs. It’s impossible not to anthropomorphise. In three photographs: stains, leaks and seepage; eviscerated pipes. If this is a body, it’s not healthy.

Not at all. This four-storey 1980s office complex has reached obsolescence. Whereas Curtis’ earlier work has staged artistic interventions into the decline of manufacturing industries, or explored sunless visions twisted around material byproducts of the construction sector, Office Works looks at the contemporary knowledge economy through its forsaken artefacts. Scheduled for demolition, these offices’ future redevelopment as apartments suggests another stage in the economic cycle.

For now though, Curtis rummages in the ruins. But this is not grainy documentary photography: the artist has intervened in these spaces to exaggerate their post-industrial superficiality. ‘Pulling ceiling tiles out reveals the ducts moving in eerie ways that complement the peculiar feeling of a hundred empty offices’, he says. He lights things accordingly, his perversion of a slick, corporate aesthetic belying what’s underneath. Not for nothing does Curtis evoke the fluorescent noir of Michael Mann’s 1986 psychological horror Manhunter, a film released the same year as the building in these images was unveiled.

Another reference point is the ‘broken future’ of the melancholic space station in Andrei Tarkovsky’s 1972 science-fiction masterpiece, Solaris. To make sense of Office Works, that broken future must be our own. We look back on the current era with a sense it has already failed. Except it hasn’t – everything is going according to plan in these images. Corporate profit-and-loss gives way to another form of speculation, the property market. A bleak view best filtered through pastel-coloured vertical blinds. 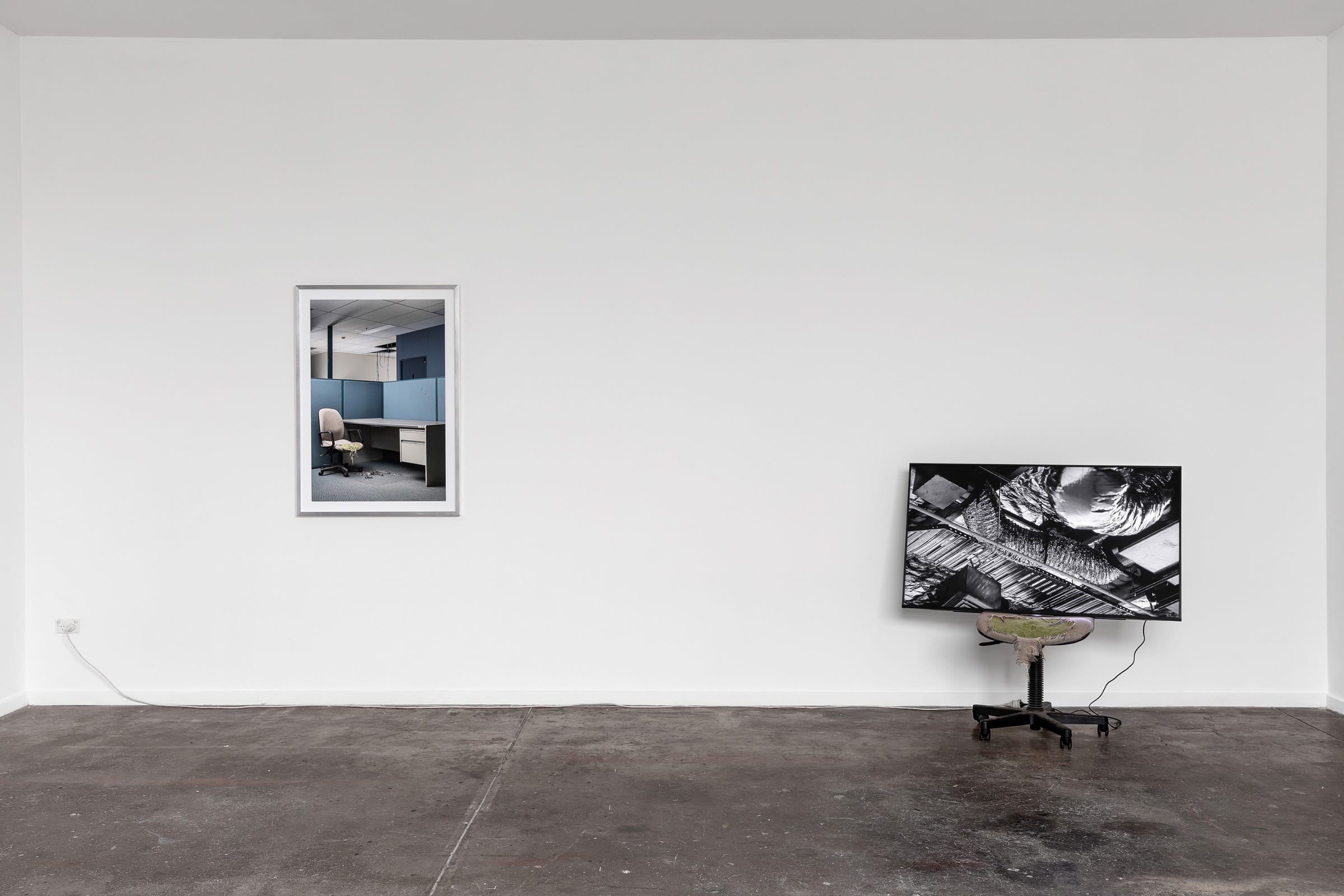 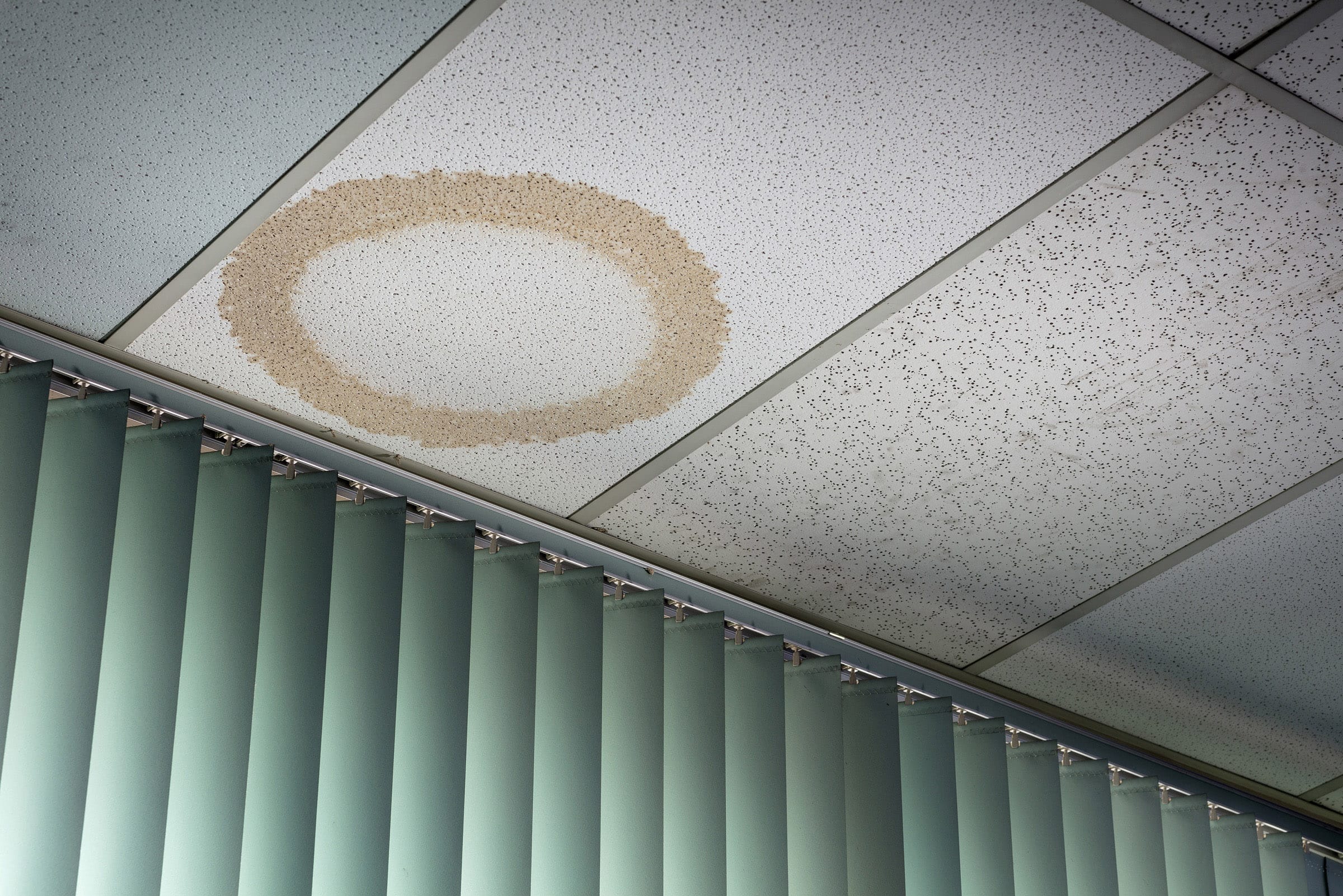 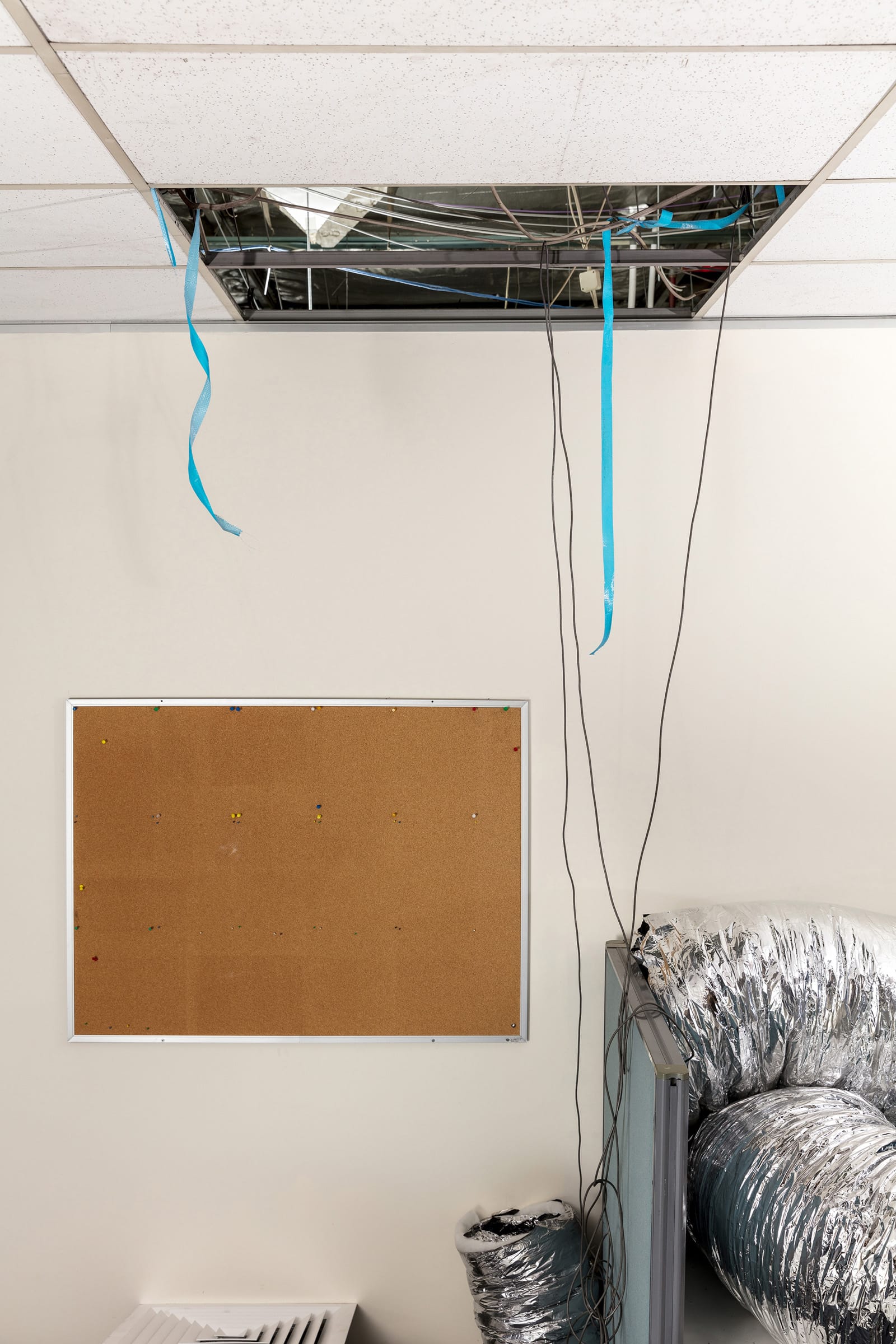 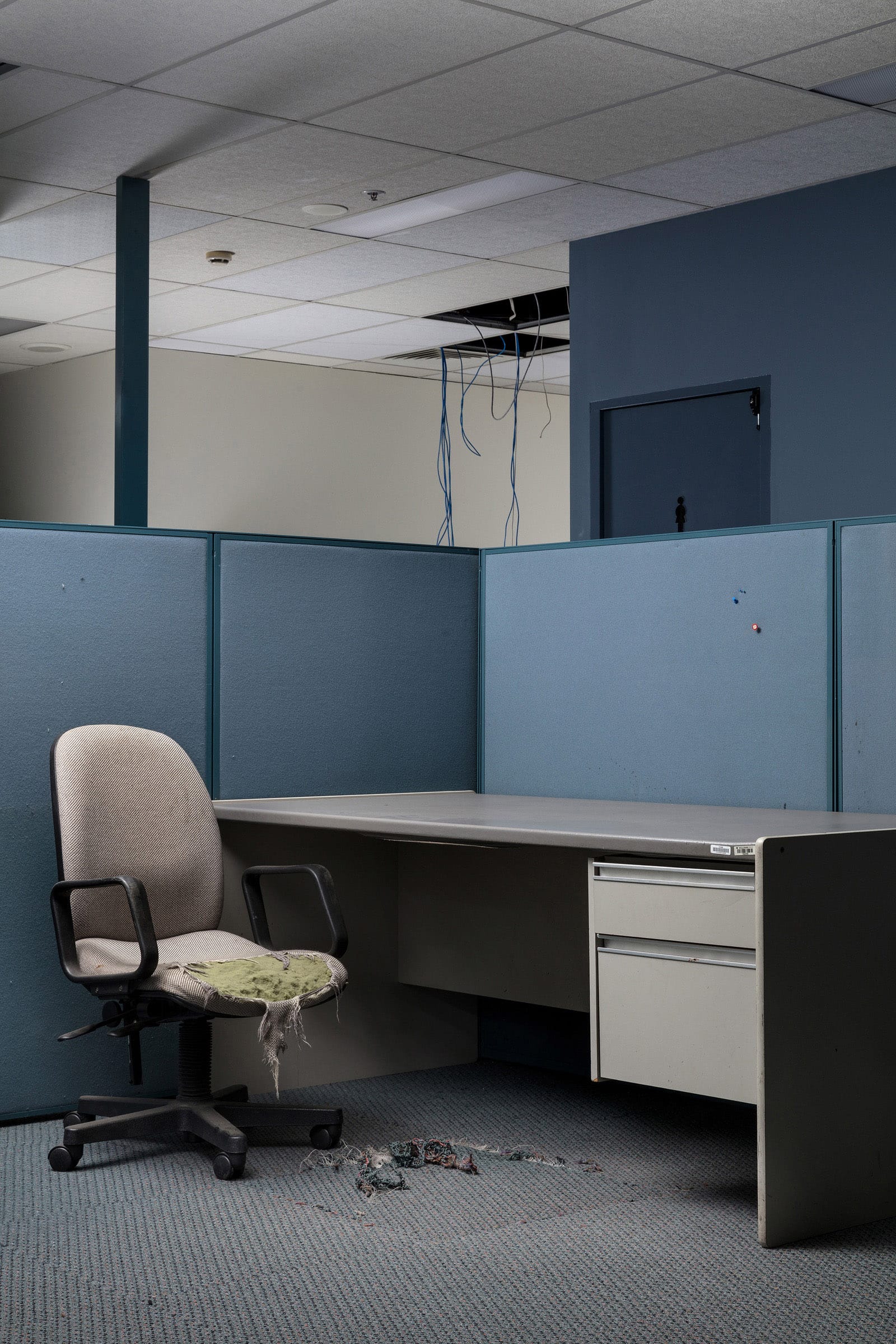 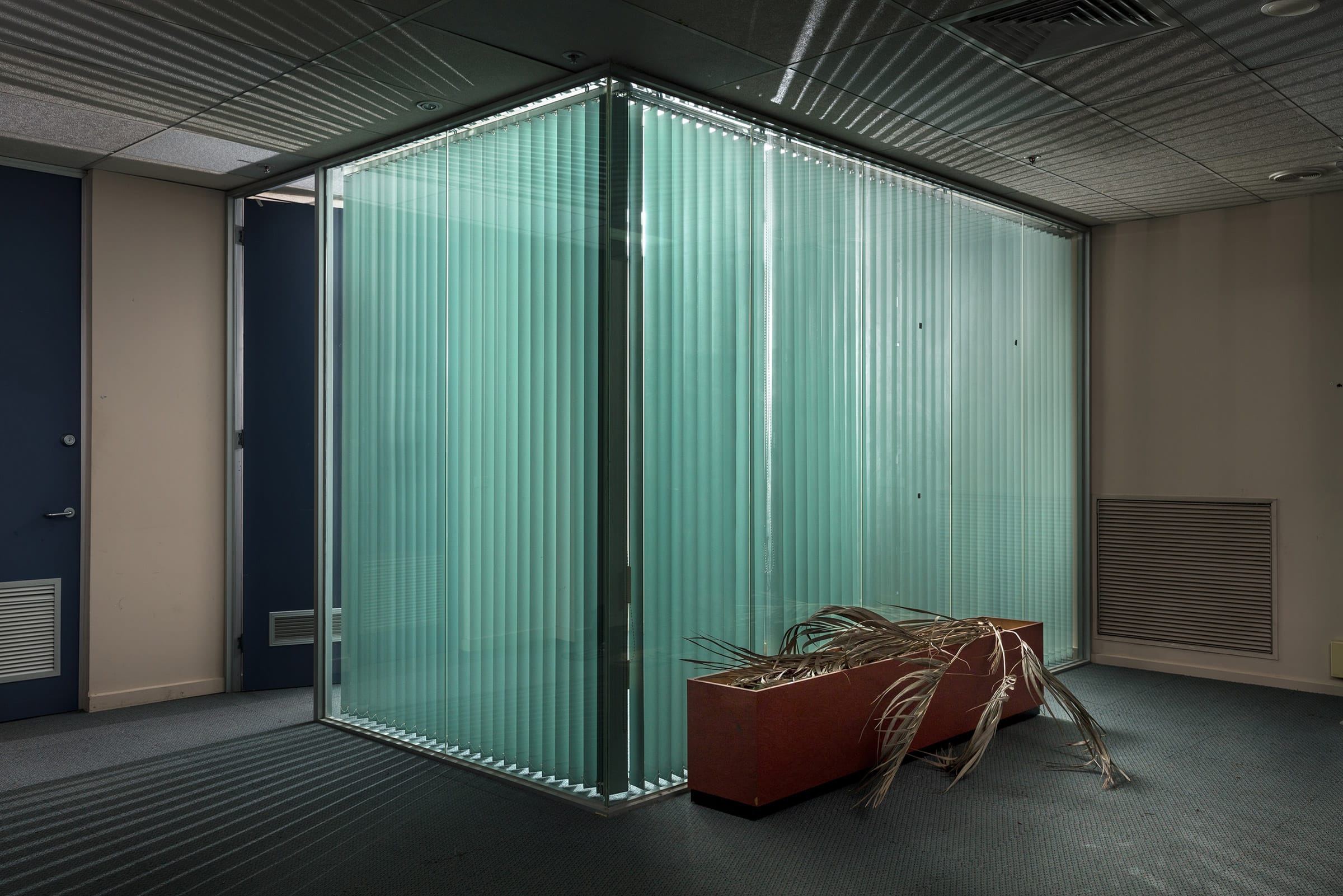 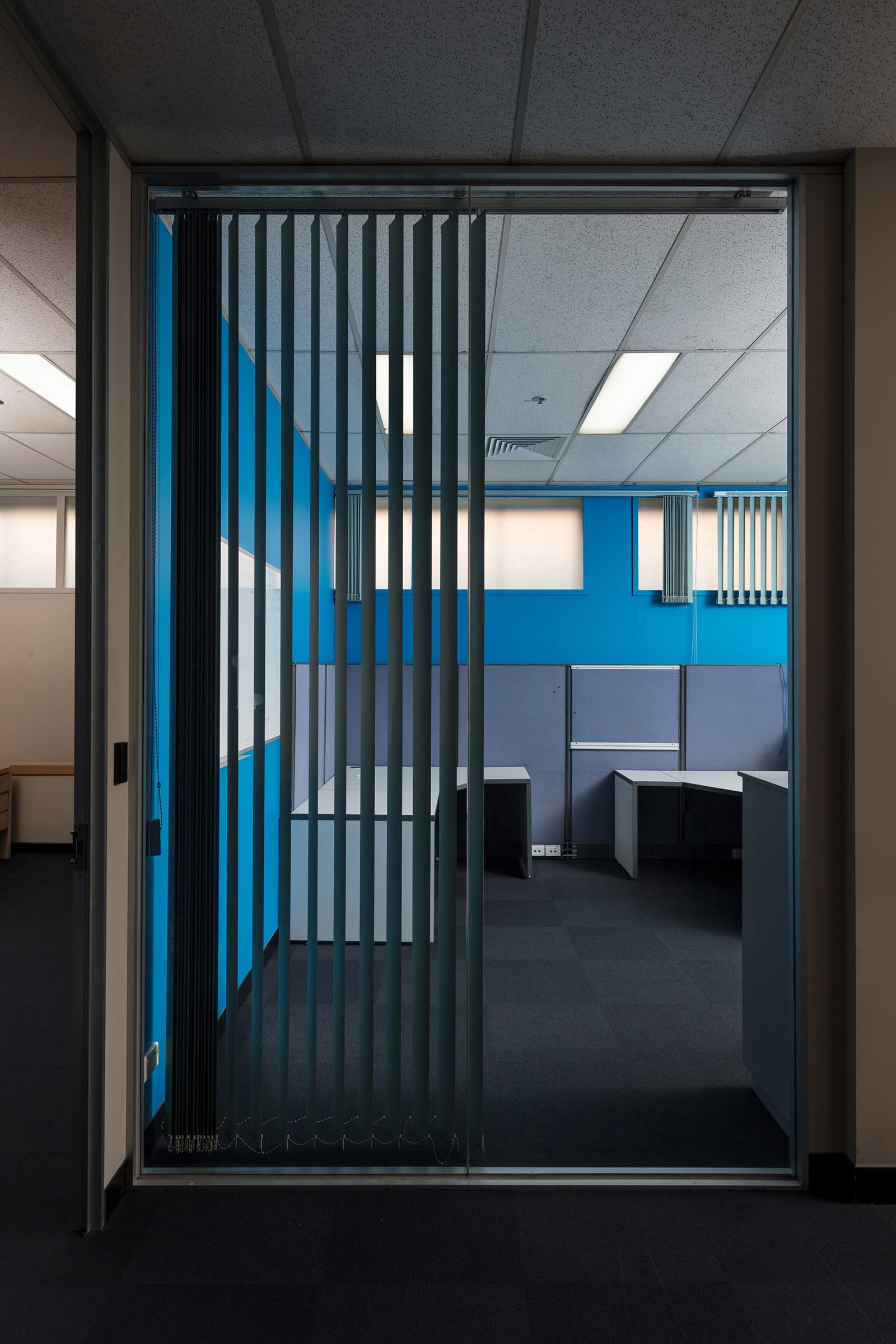 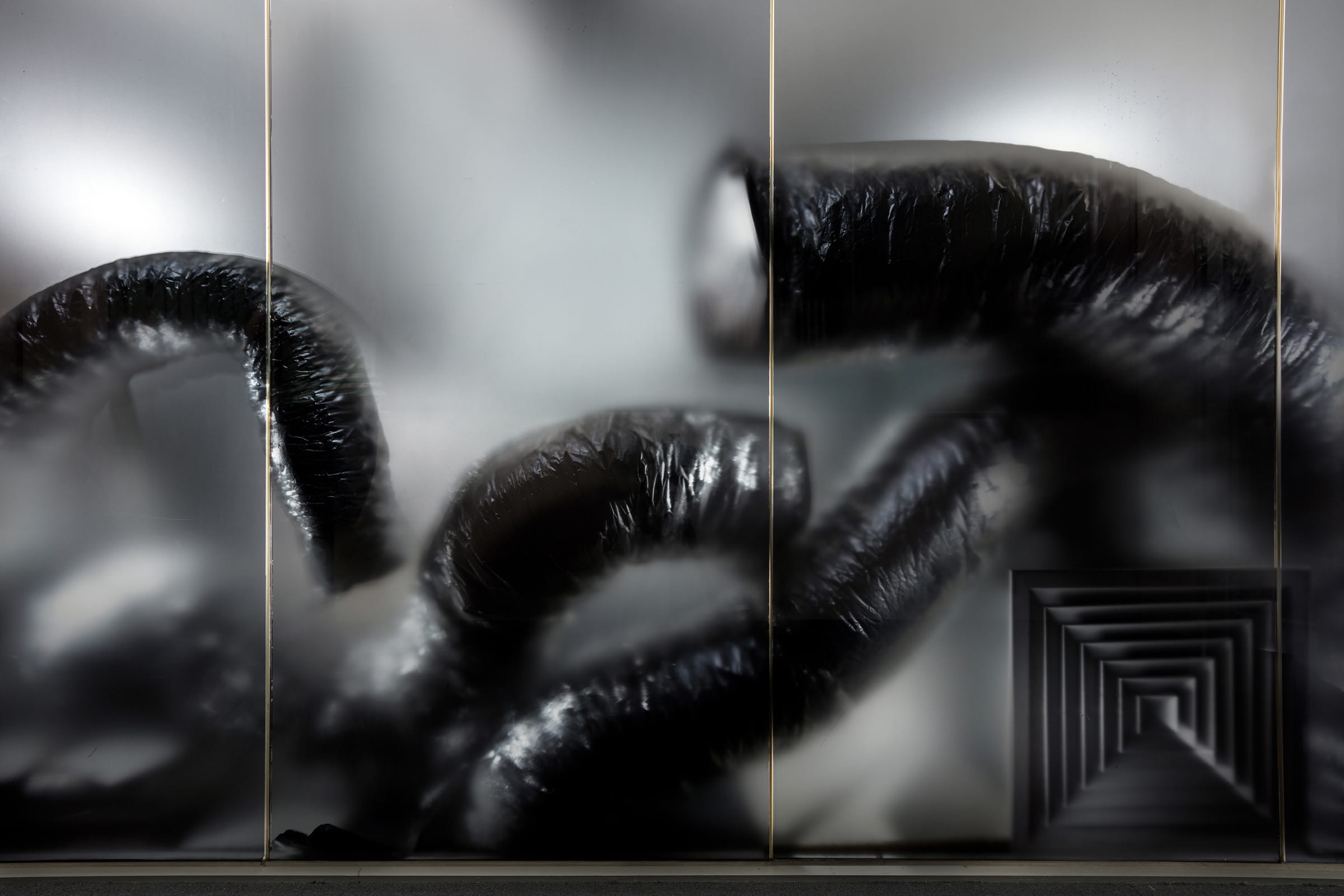 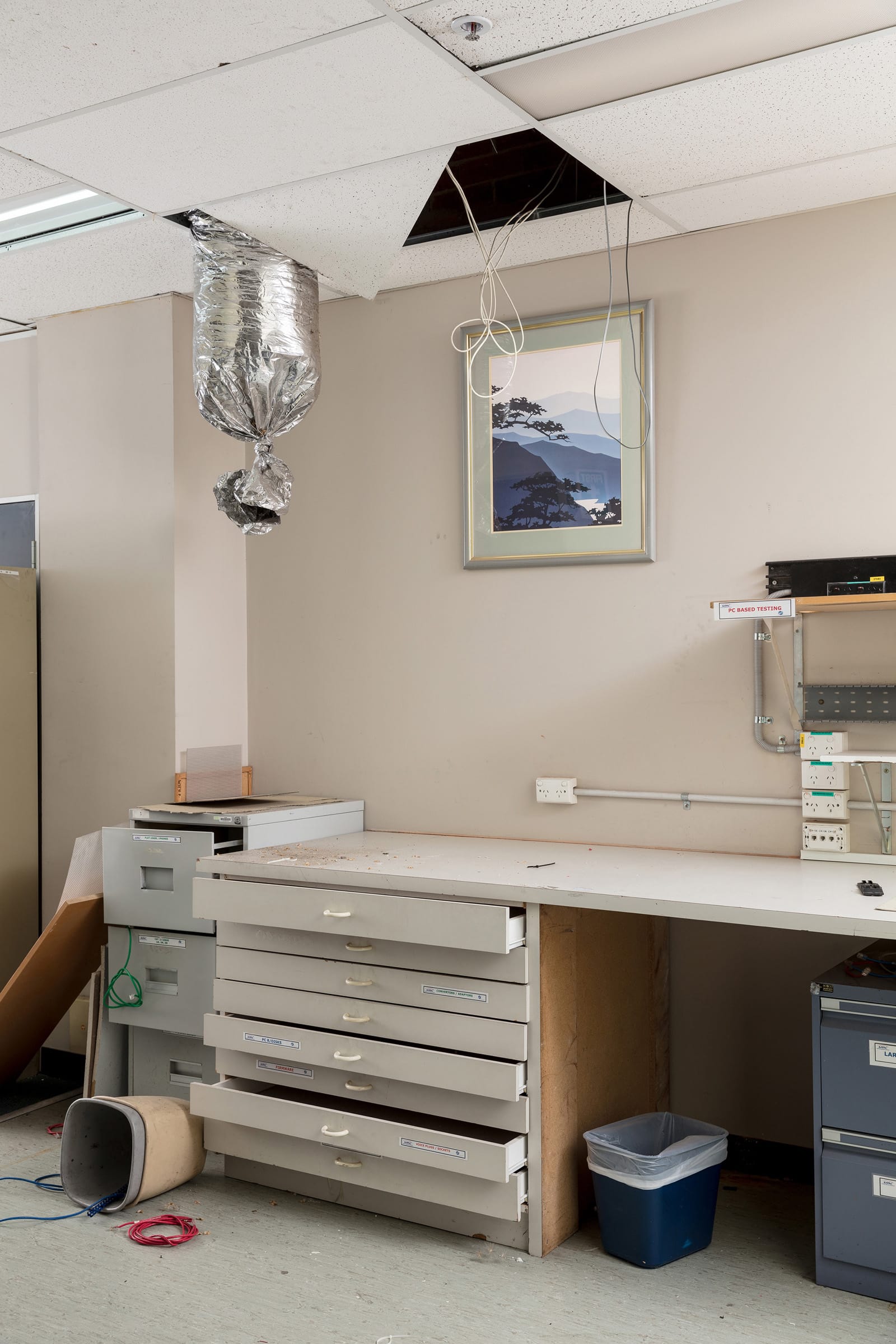 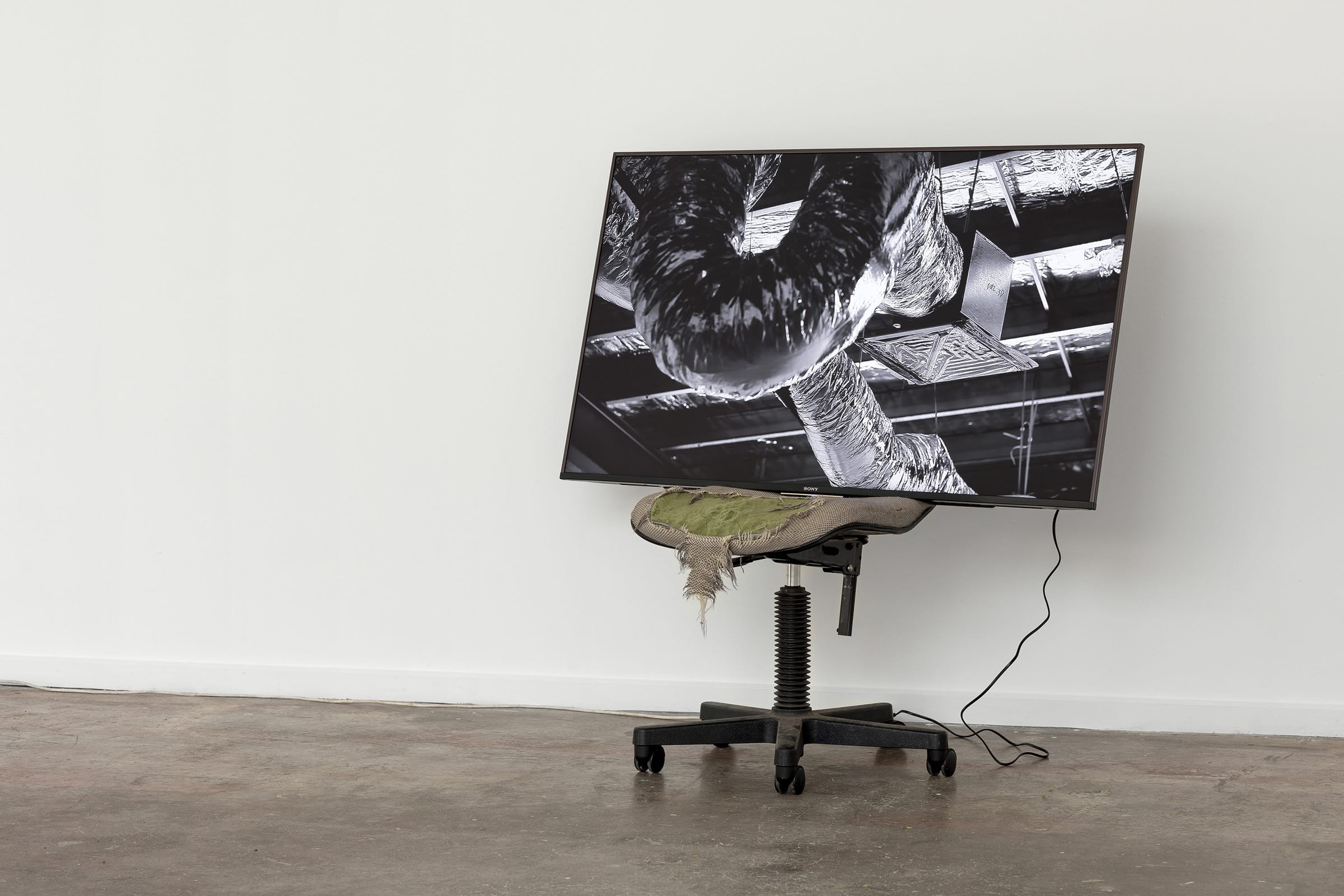 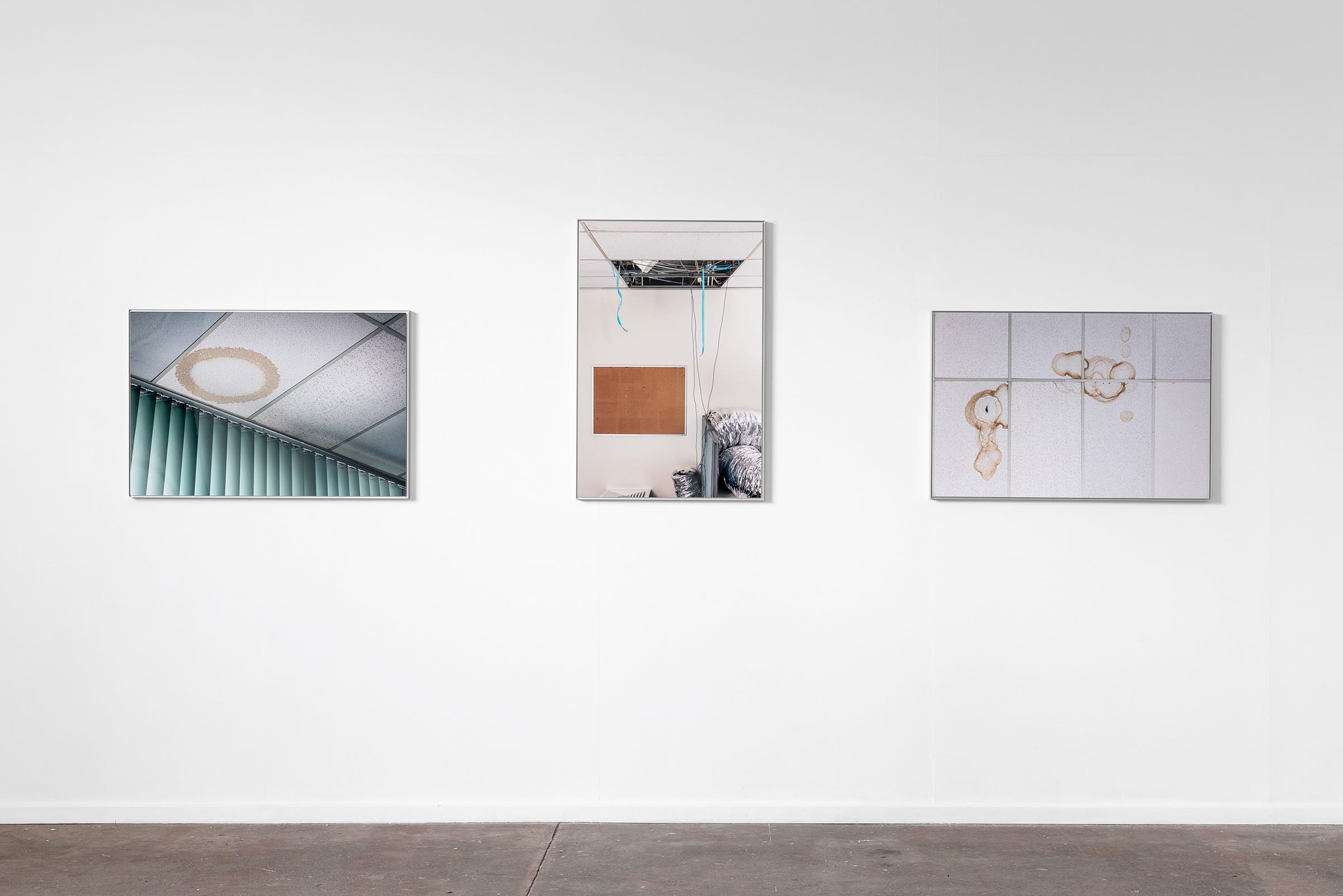 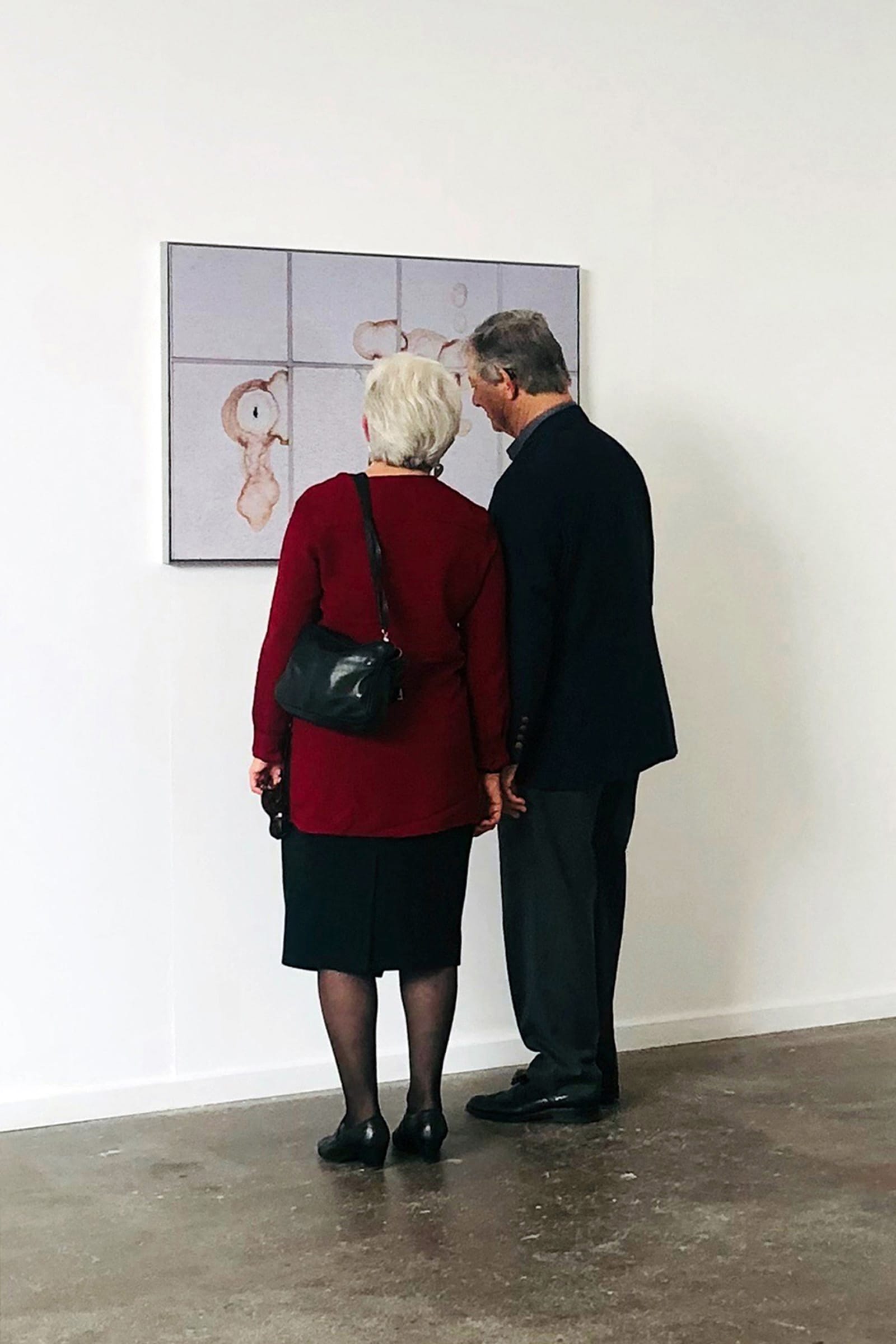