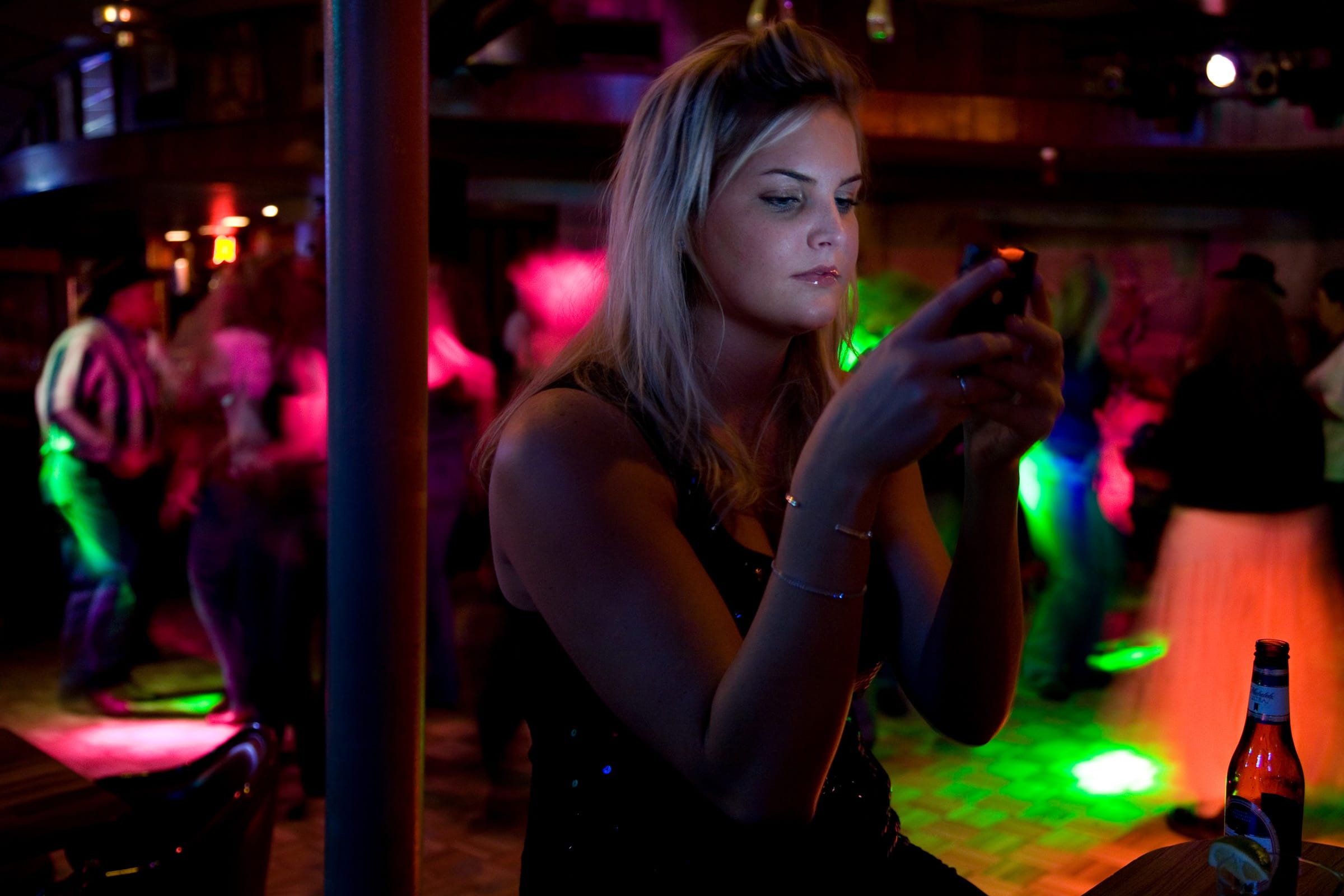 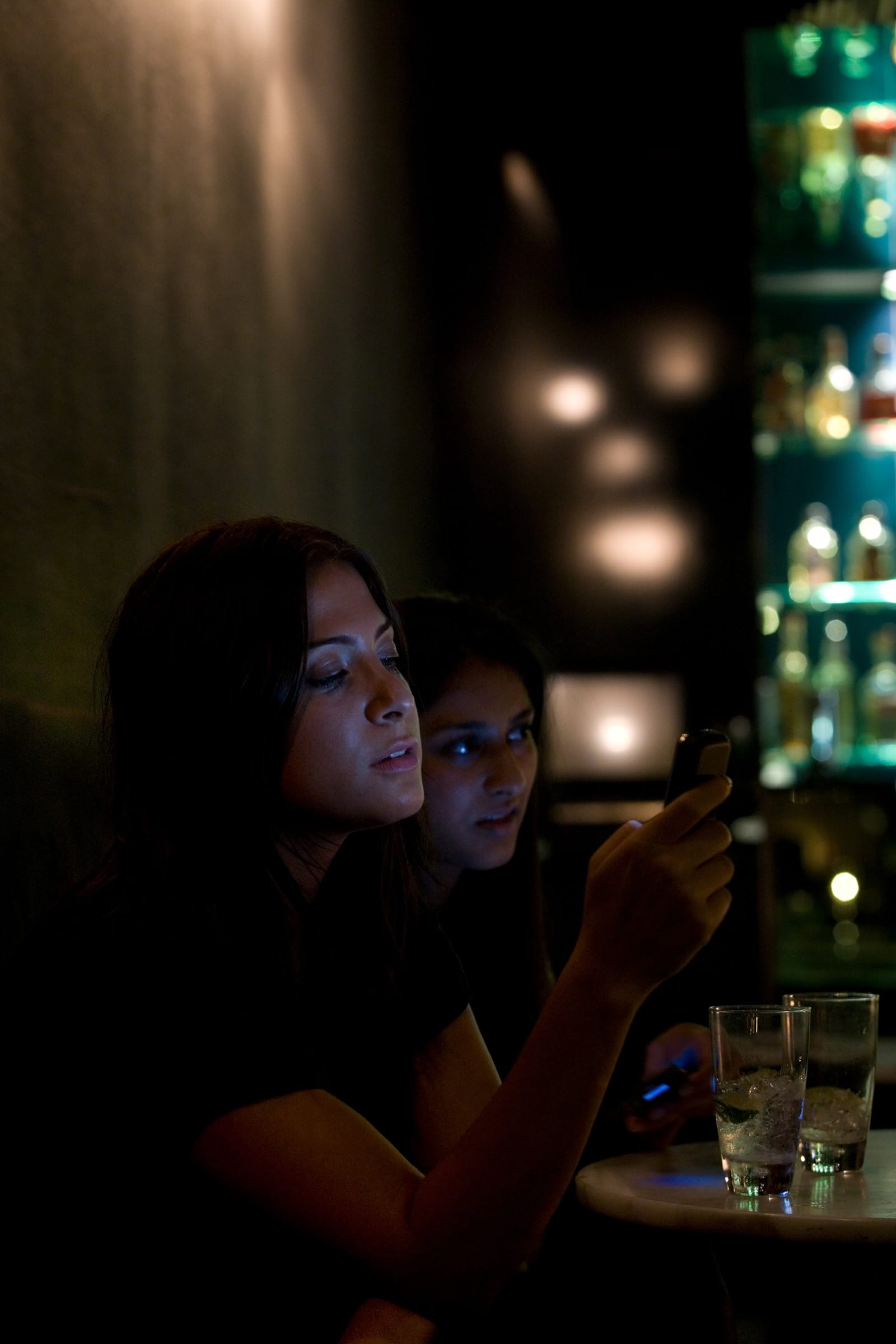 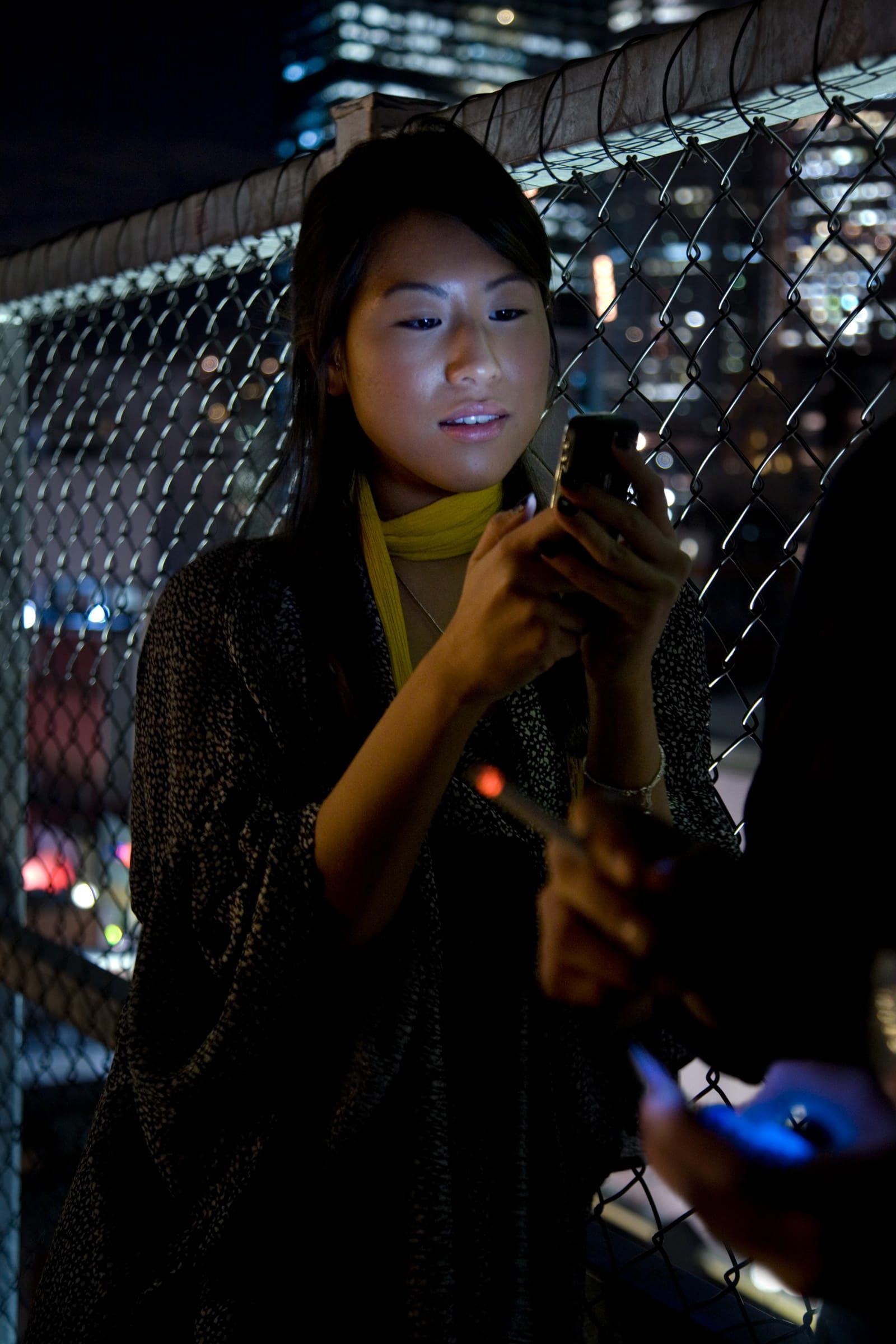 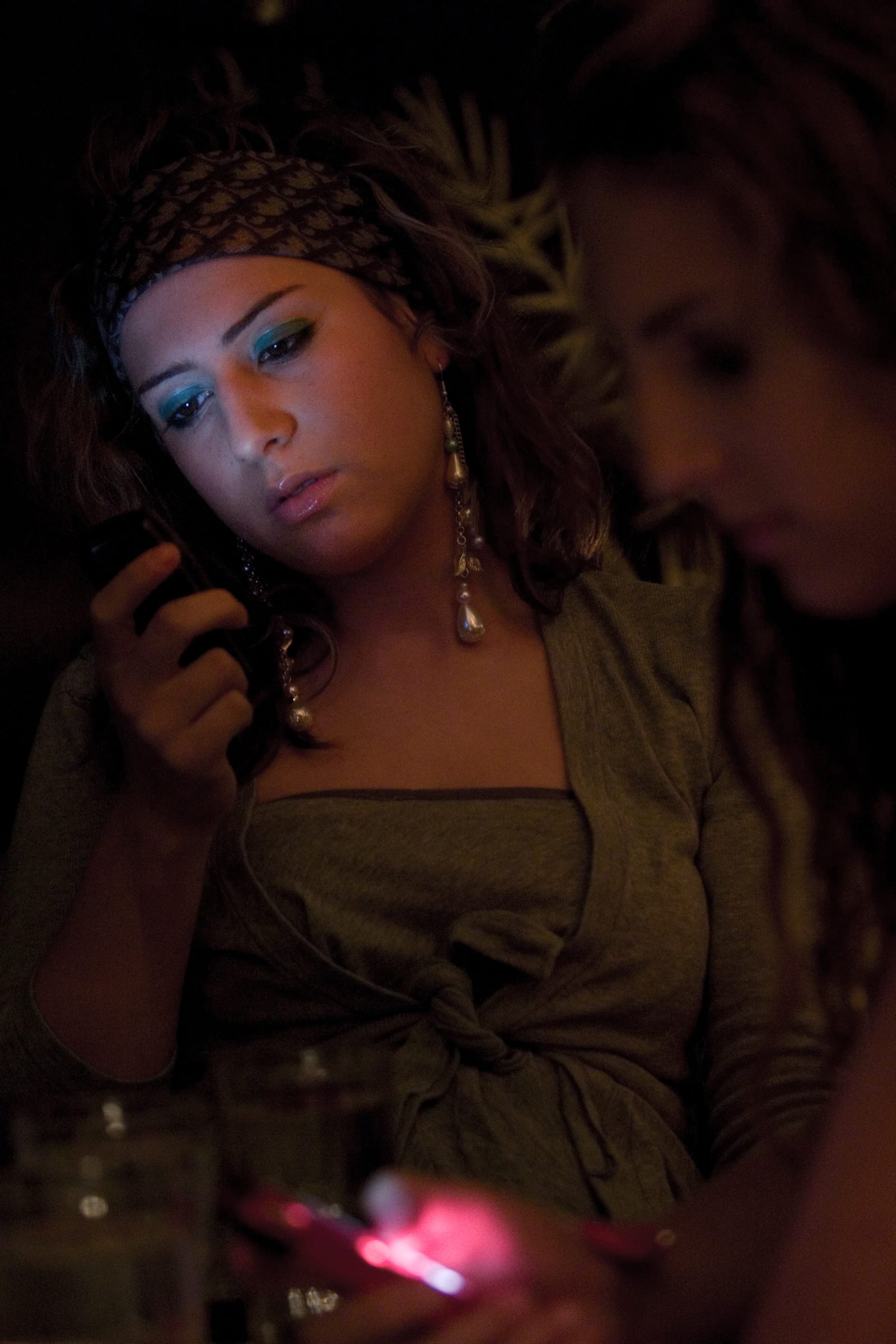 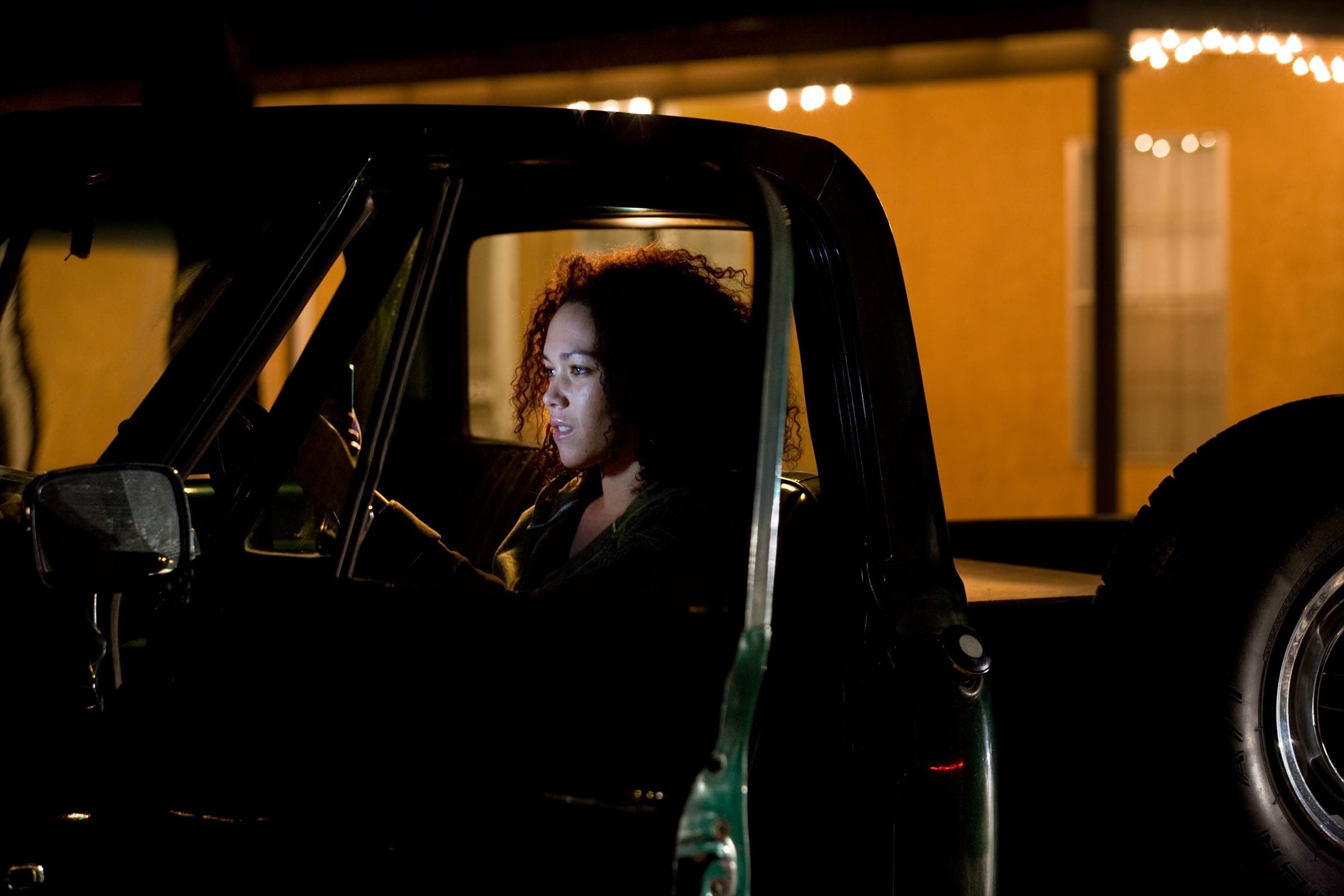 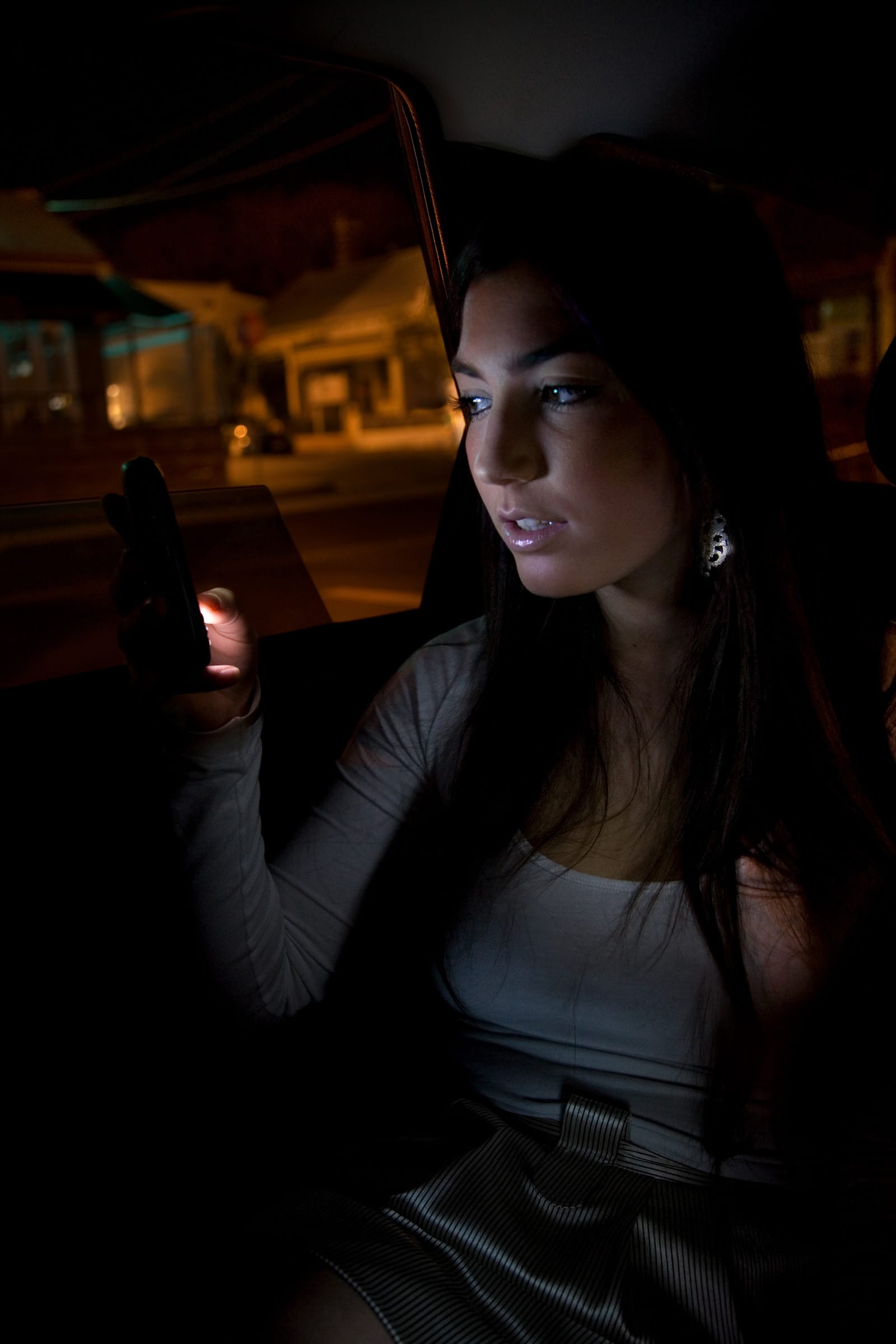 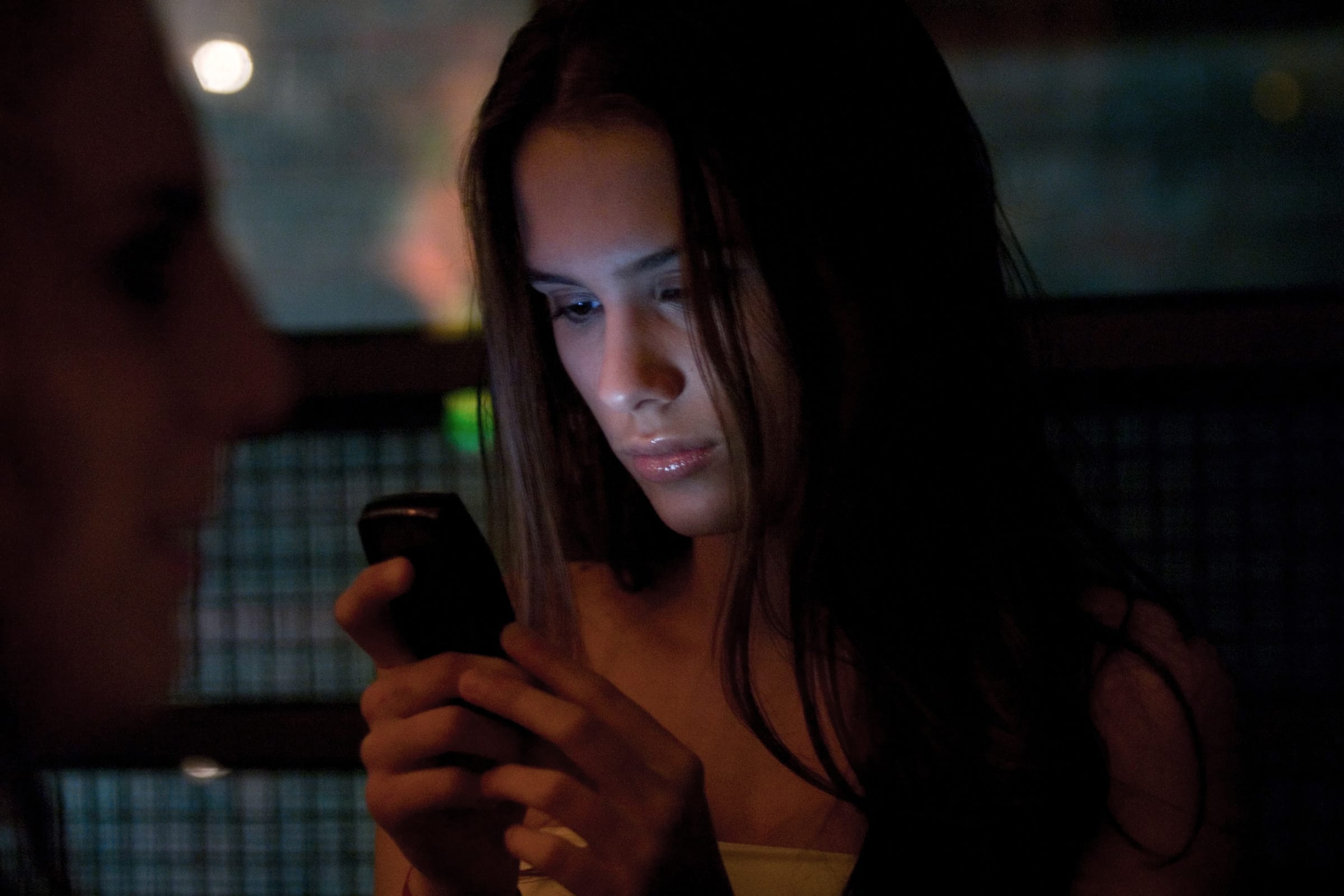 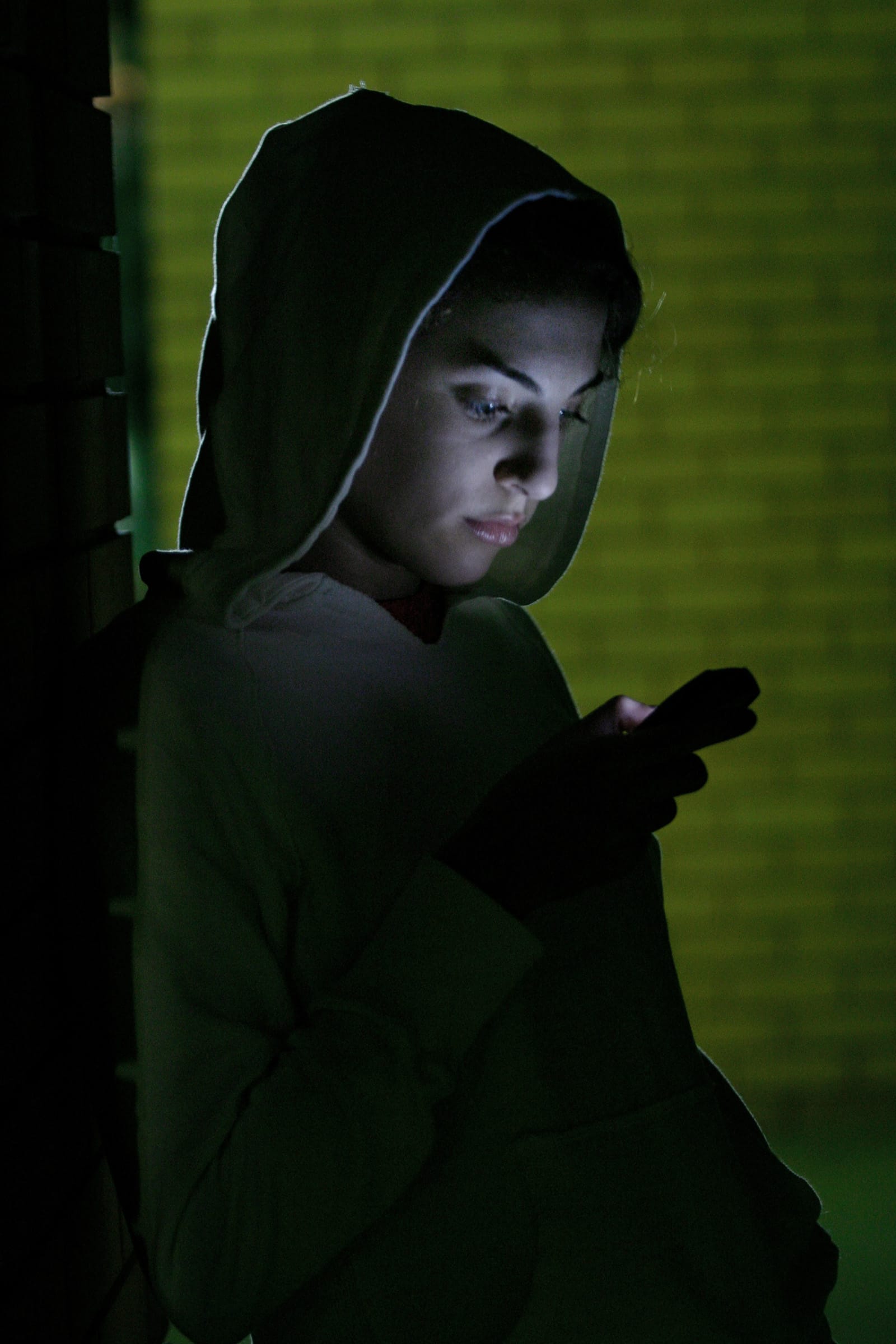 THAT OBSCURE OBJECT OF DESIRE

The only thing Andrew Curtis shares with rapper 50 Cent (Curtis Jackson to his Mom) is a name. You’re unlikely to find Andrew in da club, bottle full of bub’. These days he’s got better things to do. But not all that long ago, when the idea for this series of photographs came about, you may have found a then single Andrew at the bar, nursing a lager while staring at girls absorbed in writing text messages on their cell phones.

Too chicken shit to make a pass, Curtis the photographer is nothing like a hip hop superstar. Which is lucky for us. More full of braggadocio, he might have sauntered over to say hi instead of remaining petrified and transfixed by the way the light from a cell phone teasingly illuminates a pretty young woman’s face and plays over her gloss lipstick. The product of an older single male’s loneliness, the resulting photographs are ‘pervy’. Curtis freely admits it: in fact he relishes the notion.

This pervy voyeurism takes on a conscious cinematic quality. Restaging these original encounters Curtis carefully controls his mise en scène (especially the lighting) to preserve the illusion of a beautiful girl unaware of our gaze. This obliviousness is of course the necessary condition for our voyeurism. From a Freudian viewpoint it’s clear cut: libidinal desire sublimated into aesthetic mastery and control, spheres that Curtis has a long-established and proven ability in. In restaging these scenes he can safely and pleasurably revisit, and permanently extend, a moment that would have been an unconsciously anxious one in its original, unmediated form.

It’s worth noting too that the key light source in these photos – the soft glow of the hand-held cell phone screen – bears comparison with Curtis’ signature technique of ‘painting with light’. Working in complete darkness, his usual method is to use a hand-held light source to gradually expose surfaces that take on the qualities of a mysterious landscape. Dark terrae incognitae, these images also speak of the Id – Sigmund Freud by way of David Lynch.

Painting with light is a useless technique for capturing – mot juste – living forms, as they move around. This is almost too poignant! As these cellular lights play over facial surfaces they reveal their failure to penetrate into any real kind of depth or psychology. These obscure objects of desire remain ciphers of the male imagination. And, like so many of the photo-cinematic applications that Cell recalls, from fashion photography to film noir, by exposing the unreconstructed machinations of the male gaze the photographer reveals far more about himself than about his subject.

But what of these subjects? What of their loneliness? It is an irony that, in 1989 (and suspending consideration of his disingenuousness for argument’s sake) George Bush Sr coined the term ‘a thousand points of light’ as part of a plea for renewed community unity, with individuals bound to social groups by shared ideals of duty, sacrifice and commitment. In 2008 a thousand points of light dimly illuminate a thousand individuals, each one with a solitary cell. Oh sure, there’s someone on the other end, but isn’t it strange how people prefer the remove of text messaging to voice conversations. Limited one-hundred character parcels that make manifest the walls of what philosophers have called the prison house of language. Or, in the immortal words of  50 Cent:

Ayo! I’m tired of using technology, I need you right in front of me… 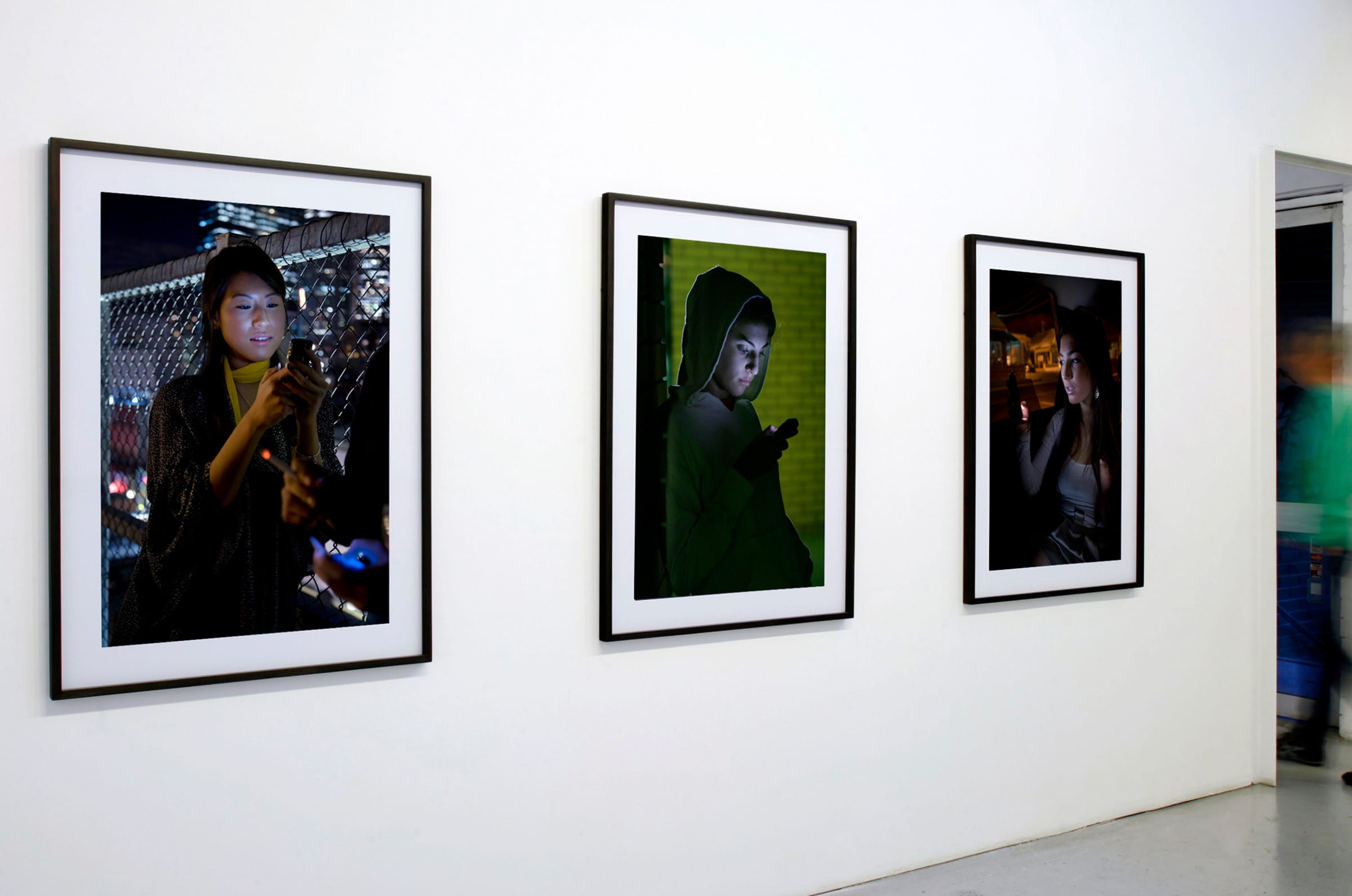 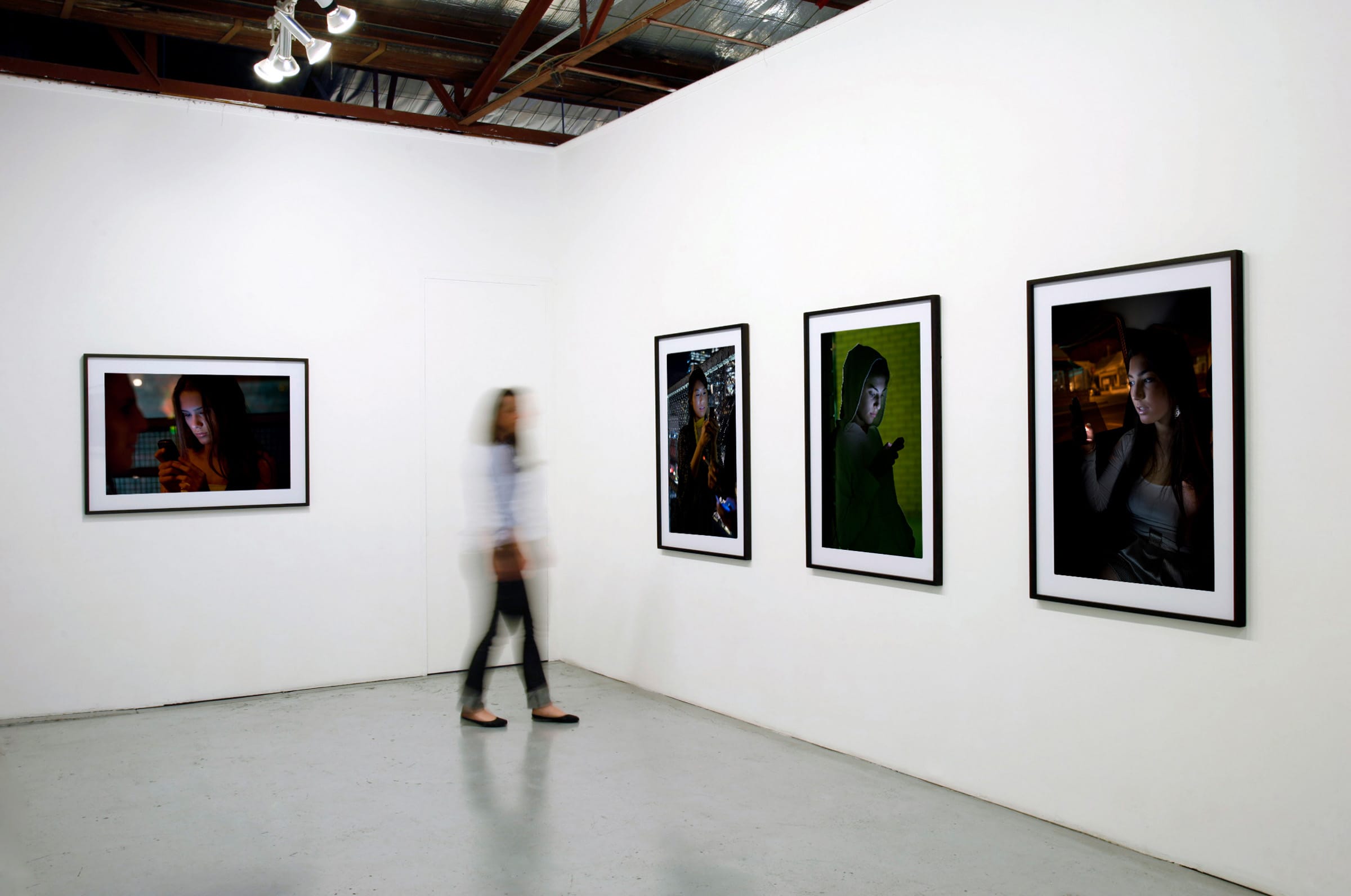 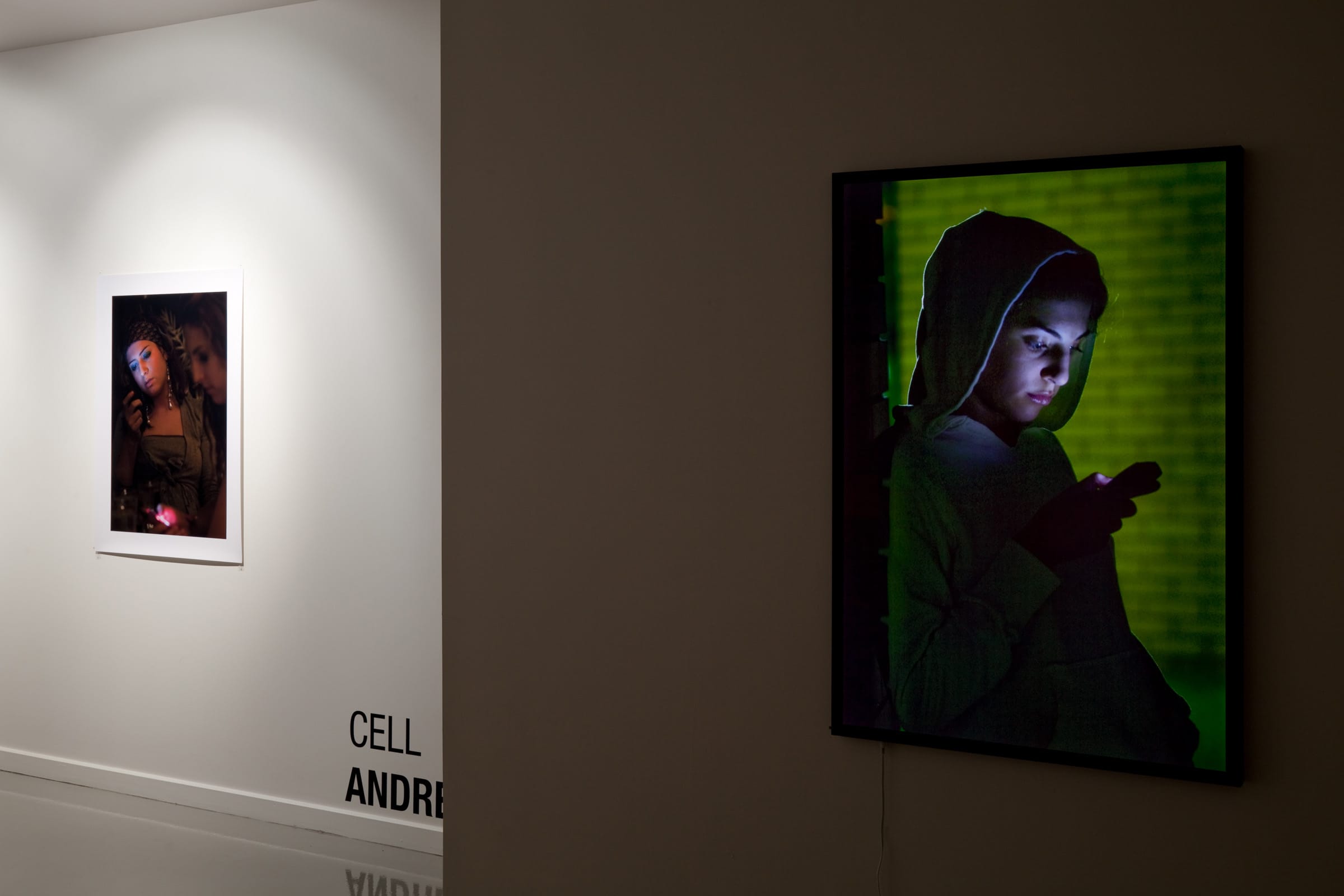 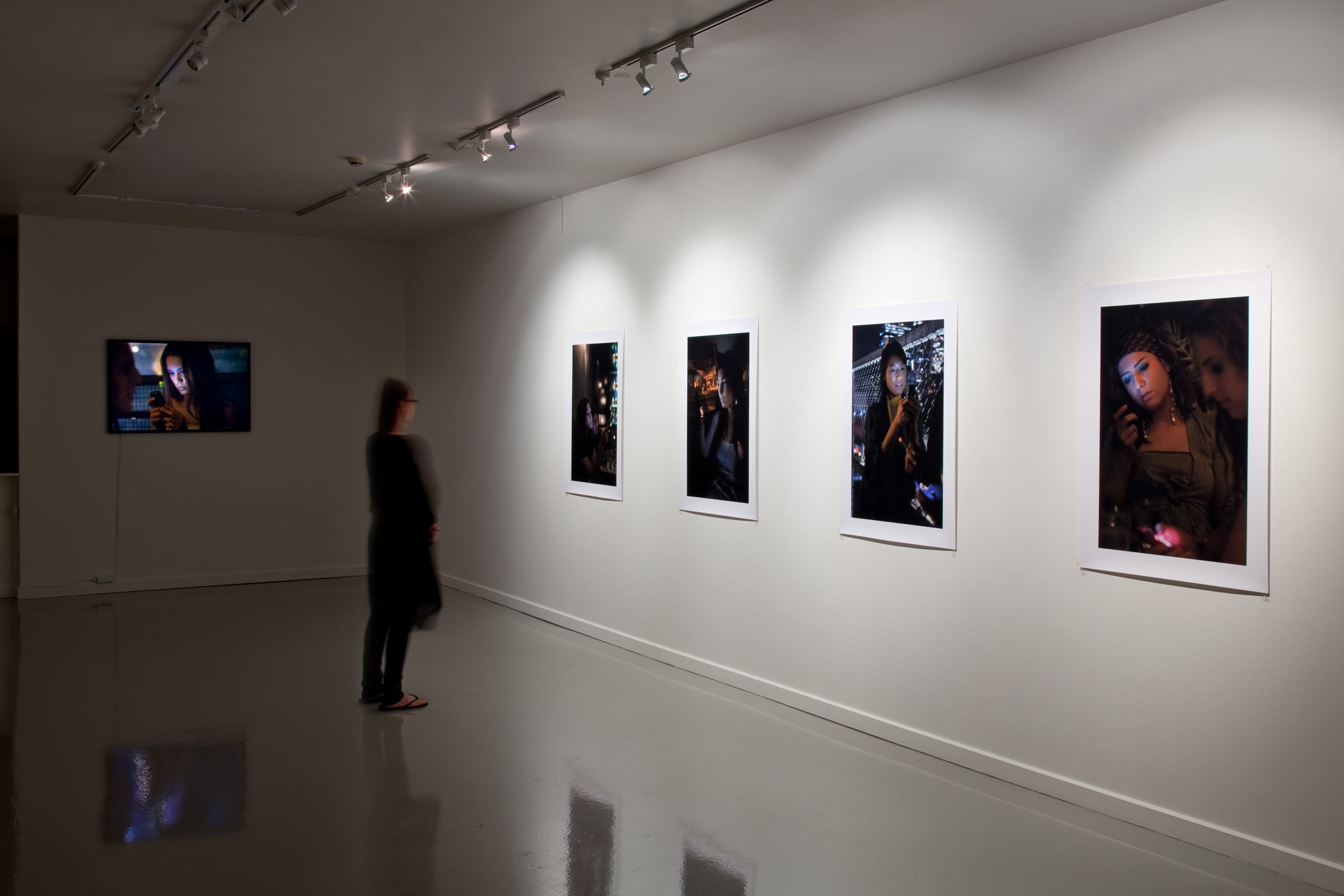 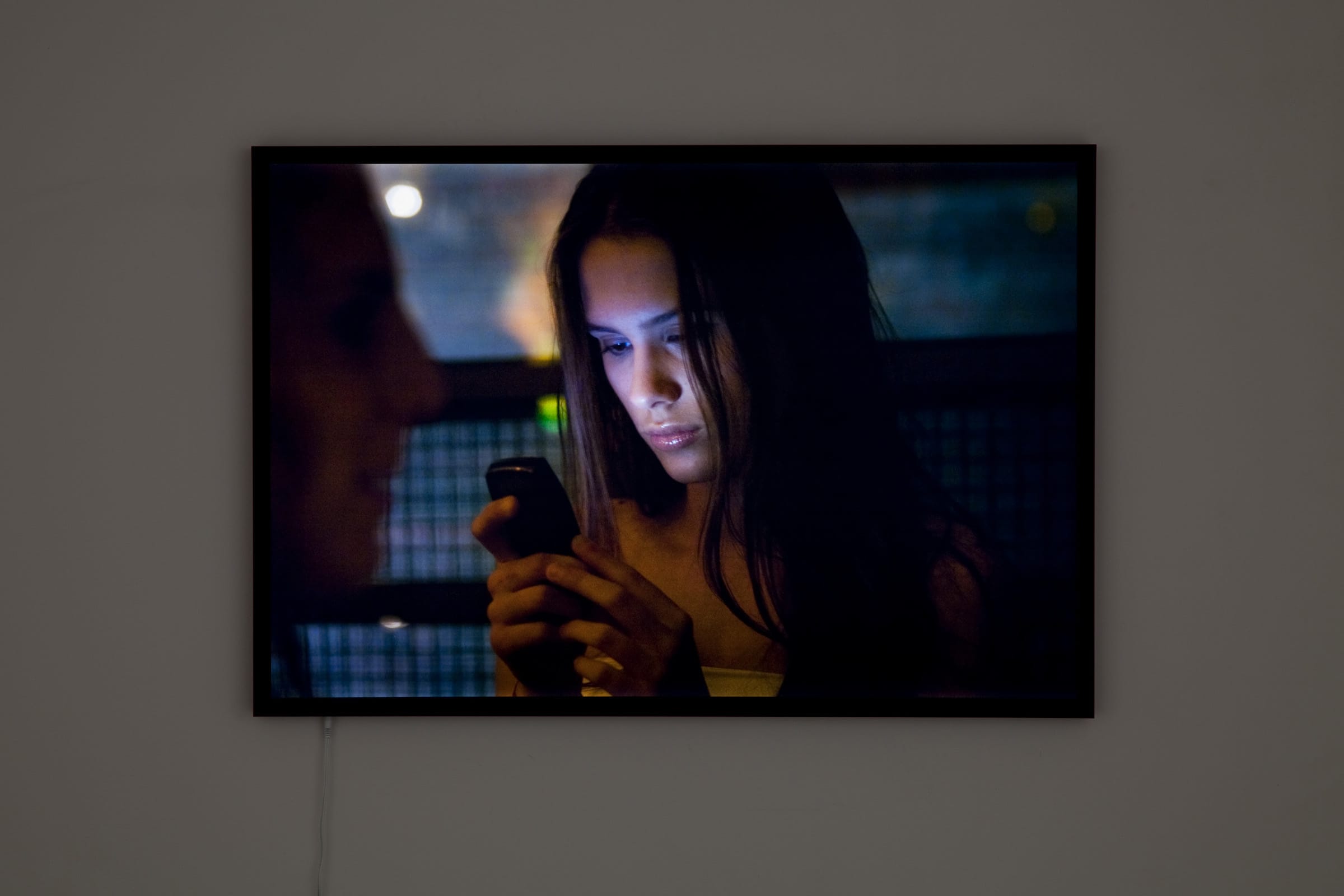